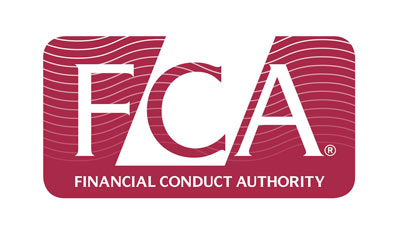 The Financial Conduct Authority (FCA) published a Final Notice in respect of Conor Foley, the former Chief Executive Officer of Worldspreads, publicly censuring him for market abuse and banning him from performing any roles linked to regulated activity.

‘Mr Foley misled investors in the Worldspreads Group and manipulated the market for its shares in a concerted and deliberate scheme. He should have no place in UK markets.’

Mr Foley, the ex-CEO of WorldSpreads Limited (WSL), and its holding company WorldSpreads Group plc (WSG), was involved in drafting admission documentation ahead of WSG’s flotation on the Alternative Investment Market of the London Stock Exchange in August 2007.

These documents contained misleading information and omitted key information that investors would have needed to make an informed decision about the company.

In particular, the documentation did not mention that some WSG executives had made significant loans to WSG and its subsidiaries. This was also never disclosed in the annual company accounts.

It also did not mention an internal hedging strategy by which certain of WSG’s subsidiaries hedged considerable trading exposures internally with company executives. This was not disclosed in the annual accounts until at least 2009.

Between January 2010 and March 2012, large spread bets were placed on the shares of WSG on the trading accounts of WSL clients on terms which made statements in WSG’s Annual Accounts as to its credit policy false and misleading. In addition, large spread bets were carried out on two clients’ accounts by Mr Foley himself without the knowledge of the clients and this had the effect of giving the appearance of greater demand for WSG shares than in fact existed.

Mr Foley is the third and last executive of WSL against whom the FCA has taken action following its collapse in March 2012.

The FCA fined and banned WSL’s CFO, Niall O’Kelly, and its Financial Controller, Lukhvir Thind, in April 2017 for falsifying critical financial information concerning WSL’s client liabilities and its cash position, which was passed to the company’s auditors. By 31 March 2011, these misstatements amounted to £15.9 million. WSL was unable to meet this client money liability which ultimately led to its collapse.

WorldSpreads Limited (WSL) was a UK registered, and FSA regulated, financial spread-betting firm. It was wholly owned by WorldSpreads Group plc (“WSG”) an Irish registered company, and had sales offices across Europe. WSL was placed into Special Administration by the High Court on 18 March 2012.