Most of the emerging Asian markets currencies dipped against the dollar 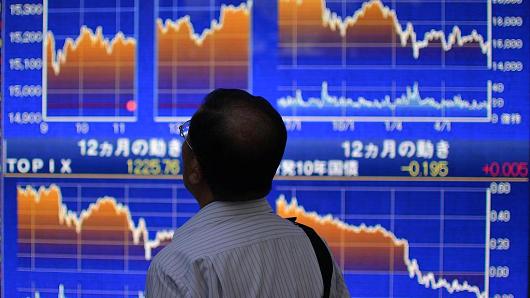 Uncertainty over whether U.S. lawmakers would be able to agree on and deliver a new coronavirus relief deal weighed on other emerging Asian markets, as most currencies dipped between 0.1% and 0.3% against the dollar.

Thailand’s stock market, the region’s worst performer so far this year, gained as much as 0.4% after falling almost 1% earlier, as the government rolled back its emergency decree to de-escalate simmering tensions.

However, Sakpal warned that the move was unlikely to result in a swift resolution of matters and would “further strengthen protesters’ resolve in their anti-government movement.”

Protesters had continuously defied the measures imposed last week, including bans on political gatherings of five or more people. On Wednesday, they gave the prime minister a three-day deadline to step down or face more protests.

“The lifting of the state of emergency is a small relief rally… But key demands have not changed, especially for the PM to step down within three days from yesterday,” said Kobsidthi Silpachai, head of capital markets research at Kasikornbank.

“Still, the market will take any good news it can.” Investors have been dumping Thai stocks of late and the country has already seen record equity outflows so far this year, while analysts have also warned of the risk of an even deeper sell-off.

The baht weakened 0.3%, in line with other regional currencies.

Elsewhere in the region, Taiwan’s dollar was the only outlier as it firmed 0.9% to continue its bullish rise.

Malaysian equities were subdued, but fared slightly better than the rest of the region on the back of some signs of easing political worries.

The Philippines recorded its lowest daily increase in coronavirus cases in more than six weeks on Wednesday, helping stocks rise more than 1% to their highest since July 7.