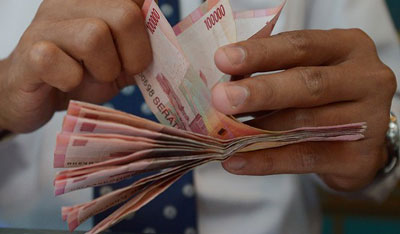 The exact same factors that propelled the Indonesian rupiah and Thai baht to the top of the Asian pack in 2019 are dragging them lower now.

The two currencies are the worst performers in emerging Asia this year as Indonesia’s exposure to foreign capital flows and the baht’s dependence on Chinese tourist spending become negatives as the coronavirus fuels a massive retreat from risk.

The rupiah has tumbled almost 16% since the end of December, approaching its record low set back in 1998, as overseas investors off-loaded the country’s stocks and bonds. The baht has dropped about 9%, erasing all the gains it made in 2019.

“The extreme market moves in March have led to significant outflows and are hitting the rupiah disproportionately,” said Wei Liang Chang, a macro strategist at DBS Bank Ltd. in Singapore. “For the baht, the story is on the current-account side. Thailand is highly dependent on tourism, and a stoppage of tourist arrivals will pressure its current-account surplus, which is why the currency has underperformed.”

The rupiah extended this year’s losses Wednesday after the government cut its 2020 economic growth forecast by more than half to 2.3%, citing the spread of the coronavirus. The currency may weaken to 20,000 per dollar in a worst-case scenario, Finance Minister Sri Mulyani Indrawati said.

While overseas investors have cut holdings of both stocks and bonds across emerging Asia, Indonesia’s debt has been singled out for a particularly brutal sell-off. This is because the nation’s bond market has the region’s largest proportion of foreign holders. Global funds withdrew a net $8.4 billion from the nation’s debt in the first quarter, more than triple the previous record of $2.3 billion set in the second quarter of 2018.

The baht meanwhile is at the mercy of the cratering of global tourism. Restrictions on travel around the world have led many airlines to crimp schedules to almost nothing, while vast swathes of the global population are in lockdown. Thailand is forecast to see foreign tourist receipts slide 36% this year due to the coronavirus pandemic, the Tourism Council of Thailand said on Tuesday.

Also worrying for the baht is the loss of the haven appeal it had during the U.S.-China trade war. While the dispute was escalating, the correlation between the baht and the yuan declined as Thailand was seen as being less exposed to Chinese trade than most of its emerging Asian neighbors. This helped make the currency the region’s best performer last year, despite the Bank of Thailand’s efforts to limits its gains.

Now however, the shuttering of China’s borders due to the coronavirus has shown that Thailand is actually one of the economies that is most heavily dependent on China, at least from a tourism perspective. Not only has the baht been weakening, it has also resumed its correlation with the yuan.