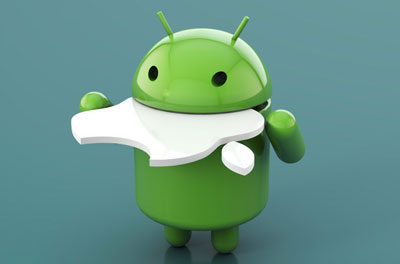 Google Inc. (GOOG)’s stake in the outcome of a $2 billion trial over smartphones using its Android operating system was revealed by testimony that the company indemnified Samsung Electronics Co. (005930) against some of Apple Inc. (AAPL)’s patent claims.

The videotaped testimony of a Google patent lawyer describing terms of the search engine company’s agreement with Samsung was played for jurors yesterday immediately after Apple’s lawyer read aloud a statement from Samsung saying it wasn’t seeking indemnification from any third party.

Google’s Android operating system is used to run Samsung smartphones and most of Apple’s claims in its second U.S. trial against the Suwon, South Korea-based maker of Galaxy phones relate to Android functions. Google has a strong financial interest in helping Samsung defeat Apple at trial beyond its obligation to pay. An Apple victory would allow the iPhone maker to seek a court order barring U.S. sales of Samsung phones equipped with Android features.

While Google isn’t a defendant in the case, Samsung’s lawyer characterized the case in his opening argument as “an attack on Android.” Samsung has called several of the Mountain View, California-based company’s engineers to argue that it didn’t need to copy Apple to equip its phones with innovative technology.

Going into trial last month, the world’s top two smartphone makers already had spent hundreds of millions of dollars in legal fees in battles across four continents to dominate a market that was valued at $338.2 billion last year, according to data compiled by Bloomberg.

Samsung had 31 percent of industry revenue, compared with 15 percent for Apple, whose share of the market has shrunk as the touch-screen interface has become commonplace and Samsung, LG Electronics Inc. and Lenovo Group (992) Ltd. have introduced lower-cost alternatives.

Apple’s presentation of Google attorney James Maccoun’s testimony, with the dates and details he provided about a “Mobile Application Distribution Agreement” between Google and Samsung, was intended to show the jury that Samsung hasn’t been forthcoming about Google’s behind-the-scenes role.

“This is an offer that Google made,” Maccoun testified when asked about indemnification. “I have no reason to believe that has changed.”

Maccoun testified about e-mail discussions, as early as April 2012, concerning the companies’ agreement, five months before Samsung issued its statement denying that it sought indemnification.

The Google lawyer acknowledged that Samsung is indemnified against claims pertaining to at least two of the five patents at issue in the trial, with Google designated “to control the litigation and defense” of those claims. The questioning of Maccoun didn’t reveal how much Google will pay, or if it has paid for any of the litigation to date.

Apple, which was awarded $930 million in damages after the companies’ first U.S. trial two years ago, this time is demanding as much as $40 for each of more than 37 million Samsung devices it says are infringing patents. Apple wasn’t able to persuade a federal judge to convert its 2012 trial victory into a ban on U.S. sales of infringing Samsung devices, a goal that the iPhone maker said was more important than monetary compensation.

Apple claims that 10 Samsung products, including the Galaxy S3, infringe five patents covering a range of user-interface designs for the iOS software that powers iPhones and iPads, including features like the slide-to-unlock function, automatic spelling corrections, and the ability for a user to make a call by clicking on a phone number within a Web page or e-mail instead of having to dial it separately.

Other functions Cupertino, California-based Apple says are covered by its patents include searching for words in files stored in different applications and updating applications while using other features of the phone.

In the 2012 case, jurors found infringement by Samsung of six of the seven Apple patents at issue and rejected all of Samsung’s patent claims against Apple. In the current trial, Samsung alleges that two of its patents are infringed by Apple’s iPhone 4 and 5 models and fourth- and fifth-generation iPods.

Apple is seeking $2.19 billion in damages while Samsung is asking the jury to award $6.2 million for Apple’s infringement.

The disparity in the companies’ demands “reflects a strategic decision by Samsung to portray Apple as greedy, given the remarkably high per-phone price Apple is seeking,” Mark Lemley, a Stanford Law School professor specializing in intellectual property, said in an e-mail.

He said the difference in damages requests also helps explain why the the companies didn’t settle out of court with cross-licensing agreements.

“Apple clearly thinks — rightly or wrongly — that their patents are worth much more than Samsung does,” he said.

Apple attempted to turn the tables on Samsung’s tactics by arguing that the Galaxy-maker chose to present low-value patents at trial — which were purchased, and not awarded to the company — to low-ball potential damages in the case.

To make this point, Apple’s lawyer, Bill Lee, got Samsung’s damages expert to agree that Samsung paid $2.3 million for two patents in 2011 covering video compression, one of which is at issue in the trial.

The patent is “not the work of anyone at Samsung,” said the witness, James Kearl, an economics professor at Brigham Young University. He acknowledged the Samsung paid him and other consultants $3.1 million to figure out how much compensation the company deserves.

Kearl also agreed that the patent Samsung is suing over is expired, and that Samsung purchased it after Apple met with the company and asked it to stop its infringement, and after Apple filed its second lawsuit, the one now at trial.