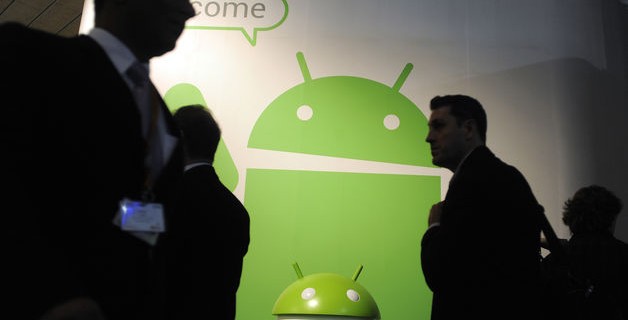 Apple Inc. and Samsung Electronics Co. head toward the conclusion of their second U.S. patent trial with one last chance to make a case to jurors on whether the $2 billion case is actually a proxy war over Google Inc.’s Android operating system.

Each side will get two hours tomorrow to sum up its case in the same San Jose, California, courtroom where Apple was awarded $930 million in the first trial two years ago. This time, with most of Apple’s patent-infringement claims relating to Android functions, Samsung has cast the iPhone maker’s case as a bid to displace Google as the leading supplier of smartphone systems and limit consumer choice.

The court fight lags behind the latest technology — the devices at issue don’t include Samsung’s Android-based Galaxy S5, released this month in 125 countries. Google nevertheless retains a stake in the outcome. An Apple victory would allow the iPhone maker to seek a court order barring U.S. sales of earlier models of Samsung phones equipped with Android features.

The world’s top two smartphone makers have spent hundreds of millions of dollars in legal fees on battles across four continents to dominate a market that was valued at $338.2 billion last year, according to data compiled by Bloomberg.

Samsung had 31 percent of industry revenue, compared with 15 percent for Apple, whose share of the market has shrunk as the touch-screen interface became more commonplace and Samsung, LG Electronics Inc. and Lenovo Group Ltd. have introduced lower-cost alternatives.

In the initial trial, Apple failed to win an order barring sales of infringing Samsung phones. It has said winning such an order was more important than money damages.

Suwon, South Korea-based Samsung has argued throughout the four-week trial that Apple is really attacking Android.

Samsung called several Google engineers as witnesses to bolster the point that it didn’t need to copy Apple’s technology for the software on its phones.

Apple tried to keep the jury’s focus on its contention that Samsung, not Google, made the decision to use patent-infringing features to sell more than 37 million smartphones and tablets.

Apple’s lawyers repeatedly reminded jurors that Google isn’t a defendant. But last week, Cupertino, California-based Apple sprung the biggest surprise of the trial, and it had to do with Google.

Samsung had denied in 2012 that it was seeking any outside help with its legal defense in the case. At trial, Apple’s lawyers produced testimony that directly contradicted Samsung’s statement.

It showed the Galaxy-maker had a confidential pact in which Google agreed to cover some of the defense costs and liability for patents related to Android, and retain some control over the litigation.

The testimony from a Google patent lawyer, introduced in the final minutes of Apple’s 25-hour presentation of evidence, showed that Samsung was working with the Mountain View, California-based search engine company on an indemnification agreement at least five months before it denied seeking one.

While Samsung’s statement was probably a “foolish screw-up” rather than a lie, Apple wants it to stick in jurors’ minds, said David Shlansky, an intellectual property litigator who has followed the case.

“If Apple can do a good job of it, they can show Samsung is either sloppy and makes mistakes, or plays intentionally fast and loose with the rules,” Shlansky said in an interview.

Apple may also use the testimony from James Maccoun, the Google lawyer, to argue that Samsung knew it was going to be accused of infringement and was arming itself for battle with Apple, Shlansky said.

One of the two patents Maccoun said Google would defend against, which Apple said before trial is the most valuable of the five at issue in the trial, covers the updating of applications while using other features of a phone. The other patent covers a feature allowing users to use a single “universal” search to find information from different sources.

Samsung may acknowledge the indemnification agreement in closing arguments to drive home the point it’s been making all along, that “this is really about Google software, and so that’s the way we should be looking at it,” said Michael Risch, a professor at Villanova University’s law school. “Just like any other manufacturer, they indemnified us — we are not copycats.”

Samsung’s failure to disclose the indemnification may have been an innocent error by lawyers, possibly stemming from incomplete research into the details of Google’s master agreement with Samsung on the use of Android, according to attorneys who have been following the case.

Still, the testimony about indemnity may haunt Samsung if U.S. District Judge Lucy Koh, who also presided over the first trial, decides to dig deeper into it, said Benjamin Edelman, a Harvard Business School professor and a consultant to companies that compete with Google.

Mccoun testified that the indemnity agreement gives Google “control and authority” over the claims it agreed to defend. If someone besides Samsung is “calling the shots,” Edelman said, “that’s something the court wants to know about.”