More sanctions against Russia from the EU 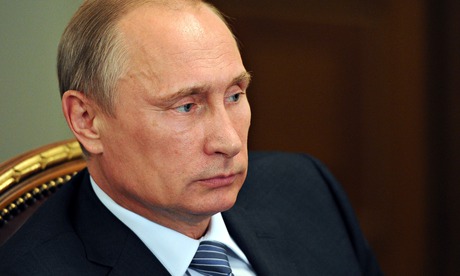 The European Union tightened economic sanctions against Russia on Friday, in response to the country’s role in the Ukraine crisis, imposing additional restrictions on oil companies and extending asset freezes and travel bans to 24 more individuals.

The measures, aimed at Russia’s financial, energy and defense sectors, will be reviewed by diplomats before the end of the month and could be revised swiftly if a cease-fire holds, European Union officials said on Thursday in announcing the broader action.

The new round of sanctions significantly ratchets up restrictions on the Russian financial sector and prohibits European entities from buying debt with a maturity of more than 30 days, from issuing loans or from providing financial services to five banks, three oil companies and three defense firms.

The banks are the same as those that were subjected to an earlier round of less severe restrictions in July, including Gazprombank and Sberbank. The oil companies are Rosneft, Transneft and Gazprom Neft, and the defense groups were identified as Oboronprom, the United Aircraft Corporation, and Uralvagonzavod.

President Petro O. Poroshenko of Ukraine said from the capital, Kiev, that the new European sanctions were an endorsement of his country, particularly given the economic problems that Europe faces.

“I am confident that we will win a liberal, democratic competition for the minds of the Crimean people, ” Mr. Poroshenko said.