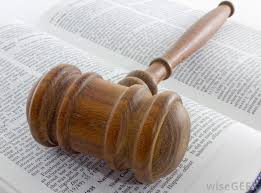 Two Sydney men, including a former analyst with ratings agency Moody’s, today pleaded guilty to insider trading that netted a profit of more than $180,000.

Daniel Joffe, 37, of Vaucluse, passed on information acquired in the course of his duties as an associate analyst with Moody’s to Nathan Stromer, 36, of Bondi, who then bought and sold shares and contracts for difference (CFDs) in companies that were about to be, or likely to be, subject to takeover bids and price-sensitive announcements.

The pair faced the Supreme Court of NSW, each pleading guilty to two insider trading charges relating to the conduct which occurred over three months in 2006.

The pair admit that between 10 and 14 November 2006 Mr. Joffe received inside information relating to a proposed takeover of Alinta Infrastructure Holdings Limited (AIH) by Alinta Limited and passed this information to Mr Stromer who acquired 962,000 CFDs in AIH.

The pair also admit that between 1 and 8 August 2006 Mr. Joffe became aware of inside information relating to a proposed takeover of Auckland International Airport Limited (AIA) by Babcock & Brown Limited. Mr. Joffe communicated this information to Mr Stromer and procured him to acquire 29,580 shares of AIA.

Mr. Joffe has also admitted that between 20 and 27 September 2006 he communicated inside information relating to upcoming price-sensitive announcements contemplated by the Australian Wheat Board Limited (AWB) to Mr Stromer and procured him to short sell 135,000 AWB CFDs.

The matter will return to the Supreme Court of NSW for sentencing hearing on 27 April 2015.

The Commonwealth Director of Public Prosecutions is prosecuting the matter.