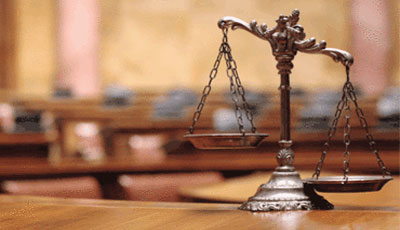 ‘Many of your victims trusted you because you were a family member or friend, you exploited their trust for your own personal gain,’ judge tells Philip Linacre

A Melbourne lawyer who stole from grieving widows, a famous musician and his own family in a $12m Ponzi scheme has been jailed for 12 years.

Philip Linacre’s multimillion-dollar fraud is the largest sum of money any lawyer has stolen from clients in Victoria’s history.

Jailing Linacre, Victorian supreme court chief justice, Marilyn Warren, said his crimes had devastated his 17 victims and robbed them of their futures.

“Many of your victims trusted you because you were a family member or friend, you exploited their trust for your own personal gain,” she said. “Many sought your assistance in difficult times. You betrayed that trust and disgraced the legal profession and yourself.

“This is by a significant margin the largest amount ever misappropriated by a lawyer in this state.”

Linacre, 62, set up a Ponzi scheme in which his clients deposited money believing it was going to a high-return investment scheme. He misappropriated $12,164,328 between 2000 and 2012, paying out only $1.8m in the “interest” supposedly generated from the bogus scheme.

The fraud began when Linacre hit financial trouble. He used some of the funds of his legal practice for personal use, believing he would eventually be able to repay the principal sum invested along with the interest, Warren said. But his financial position never improved.

Linacre then used his legal expertise to forge property documents to hide his offending from his victims.

Among his victims was the musician Joe Camilleri, Linacre’s uncle, who lost $170,000, and an elderly couple who invested more than $3m in Linacre’s scheme.

Warren said the widow had continued to give money to Linacre after her husband died of cancer. “She looked to you after the death of her husband to assist her in the investment,” she said. “You continued to deceive an elderly woman in order to maintain this despicable charade.”

Other victims had been duped out of their life savings, she said.

Linacre pleaded guilty in March to 26 deception charges. He confessed to his crimes and handed in his practising certificate to the Legal Services Board in July 2012.

Warren accepted Linacre was remorseful for his crimes, but said the fact they had occurred over such a long period was an aggravating factor.

Linacre, of St Kilda, must serve a minimum of eight years.