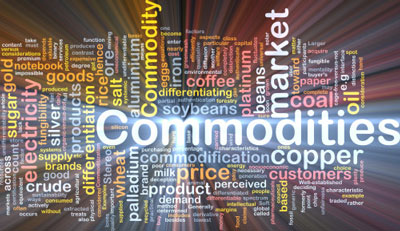 Almost two-thirds of commodity market participants say that benchmarks used to set the price of everything from crude oil to ethanol to zinc are vulnerable to manipulation, according to a new study.

The report, to be published today by U.K. law firm Clyde & Co., shows that 64 percent of 170 respondents are concerned methods used by price reporting agencies to set commodity benchmarks could be manipulated. Reasons given in the survey include sample groups that are too small, a lack of independent oversight and the fact price creators are also traders who can benefit from influencing prices.

“It is an issue that there is a lack of confidence,” Clare Hatcher, a consultant with Clyde & Co.’s International Trade and Commodities Group, said in a phone interview.

Benchmark prices and the way they are determined have come under scrutiny after scandals in markets including foreign exchange, precious metals and the London interbank offered rate, or Libor, showed that some participants had conspired to manipulate benchmarks. The European Commission raided the offices of producers BP Plc (BP/), Royal Dutch Shell Plc (RDSA), Statoil ASA and price reporting agency Platts last year as part of an investigation into fuel-price benchmarks.

No allegations of wrongdoing have resulted from the investigation.

Hatcher said that while the current system for setting commodity prices needs to be improved, more than 70 percent of the participants in the survey said that overly burdensome regulation of physical commodity benchmarks could lead to a lack of participation in the price setting process.

“People won’t want to play ball,” she said. “That is overall a worse loss than the problems that you currently have.”

While prices for stocks and bonds are set by actual trades on exchanges, benchmarks for coal, iron ore, fertilizer, gas and some metals are determined by journalists at agencies such Platts, a unit of McGraw Hill Financial Inc. They establish the prices by collating data on available bids, offers and trades as well as phone and e-mail surveys. Those assessments are often used to determine payments in long-term contracts between commodity buyers and sellers.

Kathleen Tanzy, a spokeswoman for Platts in New York, declined to comment.

Platts has said its price assessment process is “robust and specifically designed to safeguard against distortion.”

The European Commission has proposed new regulations for financial benchmarks that will include many commodities. The proposal would force administrators of benchmarks to be authorized and subject to supervision. The proposal also stipulates that benchmarks should be formulated on actual transaction data, whenever possible, and not just bids and offers, which is common in determining benchmark prices for some illiquid commodity products.

Nick Edwards, director of CRU Group, a price reporting agency for metals, agriculture and chemical markets, commented in the report that “if transactions are the only basis for price-setting, that will have a perverse effect on physical markets –- particularly where you operate at the more illiquid end of the spectrum.”

Clyde & Co.’s Hatcher said that most market participants and price reporting agencies including Platts support the implementation of the IOSCO principals for financial benchmarks which include governance standards for benchmark administrators.

She said that a global implementation of the IOSCO principals would prevent commodity market participants from resorting to non-EU benchmarks in jurisdictions such as China.