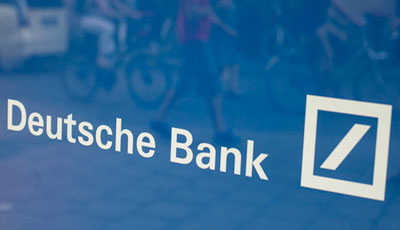 Deutsche Bank AG was sued in Singapore by Stanley Pan Fang-Jen, a co-founder of Hong Kong-based TPV Technology Ltd. (903), over a $32 million trading loss due to alleged false representations. The bank denied wrongdoing.

The bank advised the retired Taiwanese businessman to buy complex and high-risk structured products including accumulators and foreign-exchange derivatives in 2008, according to his lawsuit in the Singapore High Court. Accumulators commit investors to buy securities at preset prices for a specified time.

Pan was a “speculative and aggressive investor” prepared to risk more than half of his assets for greater returns, the Frankfurt-based bank said in its defense filed last month. Pan told the bank he would make trades on his own terms, rejected some investment products and was firm in his view the U.S. dollar would weaken in 2008, Deutsche Bank said.

The bank will defend against the lawsuit, which has no merit, said Michael West, a Hong Kong-based spokesman at Deutsche Bank. Pan’s lawyer, Christopher Chong, declined to comment.

Pan sold most of his stake in TPV (TPV), a Hong Kong and Singapore-listed maker of computer screens and televisions for $231 million in 2003, according to court papers. He also had businesses in coal mining, cotton, lumber, golf courses and real estate and maintained private-banking accounts with JPMorgan, Citibank and UBS.

Pan, who had $360 million with Deutsche Bank in accounts for his companies Zillion Global Ltd. and Fields Pacific Ltd., said it had a team that wined and dined him, including arranging for a meeting with a feng shui master who told him he made the correct decision to invest with the bank.

Feng shui, which translates as “wind and water,” is the Chinese belief about energy and harmony. The bank said it had no record of the meeting with the feng shui master.