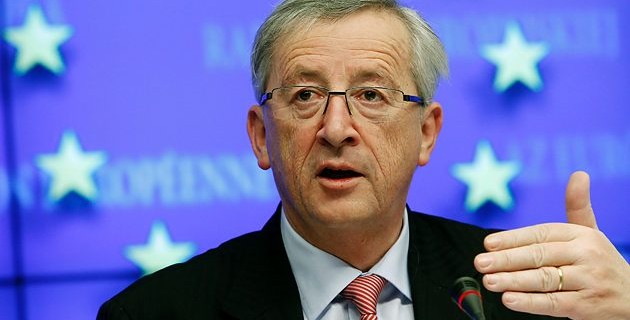 The Greens group said it had collected enough votes to oblige the European Parliament to launch an inquiry, which could uncover embarrassing details on Luxembourg’s tax breaks for top firms during Juncker’s 19 years as premier.

“We welcome the cross-political support for an inquiry committee into tax avoidance and dumping in Europe,” said Greens head Philippe Lamberts.

Juncker in November easily survived a no confidence vote on the issue in parliament but public anger over the deals has put MEPs under pressure to do more.

The threshold for launching a committee is a quarter of parliament’s 751 total MEPs and the Greens said they did so without turning to eurosceptic lawmakers who have grown in numbers since a strong performance in May’s European Parliament election.

The Greens said they received 190 votes using only the help of “pro-European forces and not the far right or UKIP”, the party of Britain’s populist and eurosceptic Nigel Farage.

This “underlines that this is not an exercise in Europe- or Juncker-bashing but an attempt to ensure a credible EU response,” to tax evasion, said Greens spokesperson Sven Giegold.

The European Commission, the EU’s executive, is already carrying out probes into specific tax deals, including arrangements linking Luxembourg and online retailer Amazon and Starbucks with the Netherlands.

These probes are strictly on grounds of unfair competition and MEPs said they hoped a full blown inquiry would widen the scope significantly.

The question of the probe’s launch now goes to the heads of the parliament’s political groups, who had so far limited the response to the drawing up of a parliamentary report.

“The group president’s must think hard if they really want to be standing in the way of an inquiry on a topic that the European people find the most outrageous,” Lamberts said.