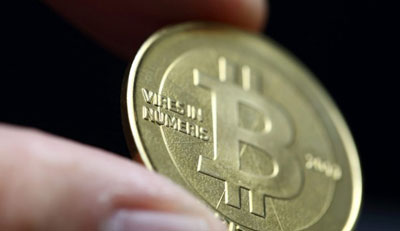 In a deal that will put Westpac Banking Corp in the box seat as cryptocurrencies develop, the bank’s venture capital fund, Reinventure Group, has invested in Coinbase, one of the world’s pre-eminent Bitcoin companies.

In the first deal involving an Australian bank and a Bitcoin company, it is understood that Reinventure joined a $US75 million raising Coinbase conducted earlier this year, which also won support by some of the world’s largest venture capital firms, the New York Stock Exchange and former Citigroup CEO Vikram Pandit.

Backers of Coinbase are making bets that blockchain technology will radically transform the movement of money around the globe’s financial system. The investment by Reinventure will allow Westpac to monitor a future world where money morphs beyond central bank-regulated currencies into a myriad of forms.

“We plan to work closely with Reinventure and share insights into the use of digital currencies globally,” the San Francisco-based Coinbase said in an announcement on its blog on Tuesday morning. A spokesman for Westpac confirmed the investment. Coinbase’s “mission is to be the most trusted bitcoin company in the world and it is investing heavily in next generation security. Reinventure’s investment will provide key insights into the use of digital currencies and associated technologies,” the Westpac spokesman said.

Coinbase provides a range of services to the Bitcoin economy. These include allowing customers to exchange domestic currencies into Bitcoin and transfer payments in Bitcoin, storing Bitcoin in a digital wallet and providing merchant services to process transactions for companies dealing in Bitcoin. It also operates an exchange where speculators can bet on direction of price of bitcoin, and various anti-money laundering and security services.

The company has been seeking to legitimise Bitcoin which has been plagued by volatile moves in its price, the high-profile theft of some Bitcoin from an exchange in Japan, and its use in the blackmarket economy. Coinbase has been working with regulators in the US and the UK to create legal frameworks under which it can operate.

Earlier this month, US regulator Benjamin Lawsky released a final version of Bitcoin regulations known as a BitLicense which will require digital currencies businesses in New York state to operate with a license and report to government. The Reserve Bank of Australia has conducted detailed analysis of Bitcoin and its implications. A Senate Committee is also preparing a report on digital currencies due for release this year.

It is believed the participation of USAA, BBVA and now Westpac represents the first time any global financial institutions or their VC funds have invested in Bitcoin. No amounts were disclosed, however, it is understood that each party put in between $US1 million and $US10 million into the raising, which was completed in January.

Coinbase allows users to buy and sell Bitcoin in 25 countries and is focused on expanding to 30 by the end of the year. “We look forward to working with Reinventure and bringing bitcoin to new markets around the world,” the company said.

Reinventure Group co-founder Simon Cant said: “We’re very excited to be working with such a great management team and look forward to helping them grow their business.”

According to Coinbase’s website, it has 2.3 million users, serves 3 million digital “wallets”, is used by 40,000 merchants and has 7,000 developer applications. Wallet growth grew by 10 times in 2014, the company has said.

The deal comes after Westpac, Australia and New Zealand Banking Group and Commonwealth Bank of Australia begin testing out payment technology from US-based company Ripple Labs, an exchange for messages that is being targeted towards banks. The Ripple network uses similar blockchain-style technology to Bitcoin, which it calls a ledger, but is a distributed network rather than a decentralised one.