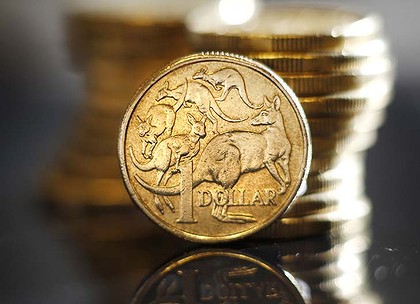 Forex markets are increasingly a combination of people and machines.

It’s a battle between the discretionary trading approach of humans and the systematic, computer based, trading of the “robots”.

It’s also a battle the world’s top female hedge fund manager Leda Braga believes will increasingly be won by the robots over the next decade. That, she says, is the future of trading.

But increasingly I have noticed the robots are active in markets in shorter timeframes – what traders call intra-day trading – where positions are held for seconds, minutes and hours and closed by the end of the day so that traders can go home “square” with no open positions.

What you often see is that the short-term robots, especially in forex markets, are active – that is, the computer algorithms the “robots” use – in the seconds and minutes either side of the top of the hours.

That’s only 25 points, which is small bikkies in the scheme of things. But with enough volume and a nimble hand, the robot can be in and out quickly for a tidy profit.

More broadly though, with gold destroyed today, the attack of support at 0.7350 leaves the Aussie dollar vulnerable to further selling this afternoon if European traders decide to join the fray.

Source: Business Insider Australia – It looks like ‘forex robots’ just knocked the Aussie dollar down to a 6 year low