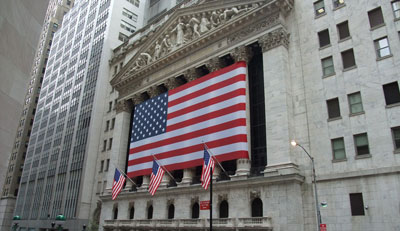 The wave of fines and lawsuits that has swept through the financial industry since the 2007-08 crisis has cost big banks $US260 billion, new research from Morgan Stanley shows.

The analysis, which covers the five largest banks in the US and the 20 biggest in Europe, predicts the group will incur another $US60 billion of litigation costs in the next two years.

Bank of America, Morgan Stanley, JPMorgan, Citi and Goldman Sachs have borne the brunt of the fines so far, collectively paying out $US137 billion. They have another $US15 billion to come in the next two years, Morgan Stanley said.

The top 20 European banks have paid out about $US125 billion and have about $US50 billion to come “albeit with a wide range”, the analysis said.

“In the States . . . there have been more precedents on settlements and so as more banks have settled, the market’s ability to make a guesstimate of the amount for other banks has improved,” said Huw van Steenis, managing director at Morgan Stanley.

Mr van Steenis said the fines, which cover everything from foreign exchange rate rigging to US mortgage-backed securities and mis-selling of payment protection insurance in the UK, are having a profound impact on the banks.

“Litigation not only takes a bite out of your equity but has a much longer lasting impact on the amount of capital you need to hold,” he said.

The figures include fines and penalties banks have already paid, plus any provisions taken by June 30 for issues the groups see coming down the tracks, such as US mortgage fines that European banks expect to pay.

The report also charts what banks have done to reduce the risk of future litigation, but concludes that “lack of disclosure means it has been difficult for us to say definitively which firms have developed the best practices overall”.

BoA is spending $US15 billion a year on compliance, Morgan Stanley said, while JPMorgan is spending $US8 billion or $US9 billion. Mr van Steenis and his colleagues said they “struggled to obtain consistent data” on extra compliance costs in Europe.

The impact goes beyond the financial. “A lot of management time and IT budget has been focused on rectifying malfeasance rather than being able to position the bank for the future,” said Mr van Steenis.

“Banks’ ability to respond to new technology and new challenges generally has understandably been slowed down.

“In Europe, there’s still a nervousness on some mortgage settlements because no European bank has yet settled with the DoJ [Department of Justice] on mortgage,” he added.

Other future costs include civil suits on forex rigging, which lawyers have warned could cost tens of billions.

BoA has taken the most litigation charges, with $US65.6 billion so far, followed by JPMorgan’s $US42.4 billion and Lloyds £26.6 billion.