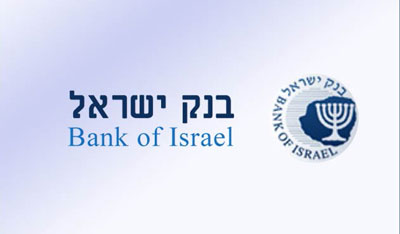 In a plan initiated by Finance Minister Moshe Kahlon, VAT will drop to 17 percent from 18 percent and corporate tax to 25 percent from 26.5 percent.

“In order to promote growth, I have decided together with … Kahlon to lower taxes,” Netanyahu said at a news conference with Kahlon. “We can do this because billions (of shekels) have accumulated in the state coffers and instead of holding them in the government kitty, we have decided to return them to Israeli citizens and businesses.”

Tax collection in July and August was estimated at more than 5 billion shekels ($1.3 billion) above expectations. Revenues grew a real 7.8 percent over the first seven months of 2015 versus the same period in 2014.

The VAT reduction will likely go into effect in October or November while the cut to the company tax would take place at the start of 2016.

“I think this will help growth,” Netanayhu said. “I think it will give us exactly the encouragement that the economy needs when we hear of a global slowdown and a slowdown here. We want an engine for growth and lowering taxes is one means to do so.”

Israel’s economy grew an annualised 0.3 percent in the second quarter, according to the government’s preliminary estimate, slower than expected. Growth is forecast around 3 percent this year.

The Bank of Israel, which had advocated raising tax revenue, criticised the plan, saying it was too soon to tell whether tax revenue would continue to rise or whether it was a one-time event stemming from higher home sales or an increase in capital gains taxes.

“It would be careless to treat the surplus in tax collections of the past few months as if it would continue,” the central bank said in a statement. It would have been preferable to use the money to reduce public debt and reduce interest payments, the bank said.

It said the lower tax revenue could lead to a higher 2016 budget deficit than a planned 2.9 percent of gross domestic product.

“A reduction in VAT will make it tough to stand by fiscal targets in coming years and is not consistent with tax policy that aims at achieving long-term goals,” the central bank said, noting that it is better to support export industries and investments rather than private spending.

Kahlon said if tax collection slows or declines, “we will have to make a correction and take additional steps which could also return the situation to its previous state.”

In recent months, there has been a surplus in tax revenues compared with the revenue forecast. At this stage it is difficult to determine if it is an increase which is expected to persist, or if it is an increase deriving partly from one-off factors, such as the increase in the number of housing transactions, or an increase in capital gains tax from the stock market. In the past several months a slowdown in economic activity is apparent, in particular a decline in exports and in investment. Likewise, there has been an increase in uncertainty regarding global economic developments, against the background of the sharp volatility in global financial markets in recent weeks. Therefore, it would be imprudent to relate to the surplus revenues of recent months as a continuing development, and to base an upward revision of expected tax revenues next year on it. As such, at this point it should be assumed that this is a one-off increase in receipts, and it would be correct to use them to reduce the public debt. The interest payments on that debt are a heavy burden on government expenditure.

Against the background of the uncertainty regarding economic developments next year, reducing the Value Added Tax (VAT) rate by 1 percentage point, which has a cost of NIS 4.8 billion, is liable to lead to a further increase in the deficit next year, and to put at risk the meeting of the deficit target of 2.9 percent (which in itself will lead to an increase in the share of debt in GDP). Furthermore, reducing the VAT rate at this time will weigh on meeting fiscal targets for coming years, and is not in line with a consistent taxation policy and one that is aimed at achieving long-term targets.
As noted, the weakness in the economy is focused on export industries and on investments, while private consumption continues to increase at a fair rate. Therefore, to the extent that policy measures to combat the apparent weakness are being considered, it is preferable to adopt measures that will assist the export industries and investments, and not necessarily further support of private consumption.
Source: Bank of Israel