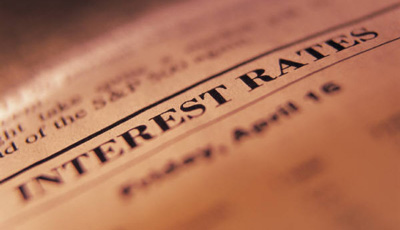 Not so long ago, a bank was by definition a business that took deposits from customers, paid them for the use of their money, and lent the cash to other customers at a profit. But that’s not how it works anymore:

(MarketWatch) – State Street Corp., the Boston bank that manages assets for institutional investors, for the first time has begun charging some customers for large dollar deposits, people familiar with the matter said. J.P. Morgan Chase & Co., the nation’s largest bank by assets, has cut unwanted deposits by more than $150 billion this year, in part by charging fees.
The developments underscore a deepening conflict over cash. Many businesses have large sums on hand and opportunities to profitably invest it appear scarce. But banks don’t want certain kinds of cash either, judging it costly to keep, and some are imposing fees after jawboning customers to move it.

The banks’ actions are driven by profit-crunching low interest rates and regulations adopted since the financial crisis to gird banks against funding disruptions.

The latest fees center on large sums deemed risky by regulators, sometimes dubbed hot-money deposits thought likely to flee during times of crises. Finalized last September and overseen by the Federal Reserve and other regulators, the rule involving the liquidity coverage ratio forces banks to hold high-quality liquid assets, such as central bank reserves and government debt, to cover projected deposit losses over 30 days. Banks must hold reserves of as much as 40% against certain corporate deposits and as much as 100% against some deposits from hedge funds.

“At some point you wonder whether there will be a shortage of financial institutions willing to take on these balances,” said Kelli Moll, head of Akin Gump Strauss Hauer & Feld LLP’s hedge-fund practice in New York, saying that where to hold cash has become an increasing topic of conversation as hedge funds are shown the door by long-time banking counterparties.

This comes at a time when corporations are raising record amounts of cash by issuing bonds:

(MarketWatch) – Corporate bond issuance in the U.S. reached $1.04 trillion through Thursday, the highest level through that period of a year on record, according to Dealogic. It marks the second time U.S.-marketed corporate bond issuance has crossed $1 trillion in the first nine months of the year, the first coming in 2013.
Strong investment-grade activity, acquisition-related bond issuance and jumbo deals have all contributed to the record volume.

The average deal size for U.S.-marketed corporate bond deals so far this year has reached $992.5 million through Thursday, according to Dealogic, the fifth consecutive year-on-year increase. That size compares to a global average deal size of $412.12 million year to date.

The volume of U.S.-marketed deals of $10 billion or more has more than doubled to $164 billion from the previous high for same period in 2013.

Negative interest rates can take many forms, including higher fees that lower or negate the interest a bank pays for deposits, or limitations on what customers can do with deposited funds that lower the real value of those funds. So banks charging fees on deposits are functionally the same as banks offering negative rates to customers.

With the global economy slowing dramatically, led by plunging corporate profits, US interest rates will have to fall in 2016. And cash will have to be marginalized or made obsolete in order to get rates down to where they have a stimulative effect.

So the story of 2016 will be the emerging negative interest rate world and its many, many unintended consequences.