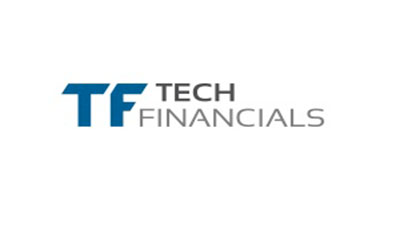 TechFinancials (AIM: TECH), a software developer that supplies simplified trading solutions to online brokers, has issued a press release to inform that:

The Company has entered into a Joint Venture (“JV”) agreement with the owners of Optionfortune Trade Limited, a company registered in Hong Kong (“the Partner”) which will run a B2C binary options trading platform focused on the Asia Pacific region.  The JV is subject to approval by TechFinancials shareholders in an Extraordinary Shareholder Meeting, to be held within the next 30 days.

This marks the first significant development for the Company in its expansion into the Asia Pacific region since its admission to AIM, and is in keeping with the Company’s strategy to penetrate markets with significant high growth potential.   Under the terms of the agreement a new business entity will be incorporated, which will be owned 51% by TechFinancials and 49% by the Partner.

This new entity has been formed following a highly successful two year partnership, whereby the Partner established a binary options brand in 2013, using TechFinancials’ leading B2B software.  The Partner has seen significant growth in its market, where average monthly trading volume for the calendar year (January 2015 – September 2015) has been US$8.56 million, with average monthly revenues of US$350,000.  The JV will seek to expand its business activities in the Asia Pacific region, where it has already established a strong trading record, as the market for binary options in the region continues to grow.

Commenting on the Joint Venture, Asaf Lahav, Group CEO of TechFinancials, said: “The Company is very pleased to establish this Joint Venture with the owners of Optionfortune. We believe this to be a significant transaction, and it is in keeping with our strategy stated at IPO, which is to grow our business into new territories and markets. The Board believes that this JV will strengthen the long-term sustainability and consistency of our growth expectations while generating extra cash flow.  Asian markets for binary options have considerable growth potential and we look forward to working with our new partners on this venture.”

Structure of the JV

The Partner will transfer its trading platform activity and all other intangible assets related to its operation to the JV. Assuming the JV produces US$2 million of net profit in calendar year 2016, TechFinancials will issue to the Partner’s shareholders a number of TechFinancials Inc. shares held in escrow worth US$1.54 million, at a price equal to the share price at the time of TechFinancials admission to AIM (27p), or the average price over 30 days prior to the closing date of the JV agreement, whichever the higher. If net profit in the JV is below US$2 million, the final number of TechFinancials Inc. consideration shares will be calculated and adjusted proportionally based on the audited profit of 2016.

If the JV’s net profit and revenue in 2016 exceeds US$2 million and US$4 million respectively, and provided profits in 2017 are at least 90% of net profit in 2016, TechFinancials will make an additional payment, at its option, in either shares or cash, worth 171.5% of the excess of net profit over US$2 million in 2016.

In the event that the net profit for the 2016 is less than US$600,000; and/or  revenues are less than US$3 million, TechFinancials may elect to transfer to the shareholders of the Partner, effective on 1 January 2017, 38.5% of the shares in the JV, instead of payment in TechFinancials Inc. own shares.