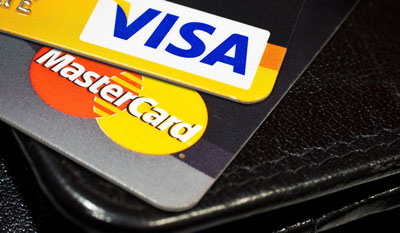 MasterCard and Visa now account for 86% of all payment cards in Europe, as domestic and private label schemes continue their decline, according to data from RBR.

RBR’s figures indicate that €9 out of every €10 spent using a payment card in Europe was made on a Visa or MasterCard-branded card – the highest share of any region.There were 1.5 billion payment cards in circulation in Europe at the end of 2014 which were used for payments worth €2.9 trillion during the year, says RBR.

While both MasterCard and Visa lay claim to equivalent card numbers in circulation, Visa is by far the largest in value, accounting for 54% of card expenditure. Rival schemes from American Express, Discover, JCB and UnionPay account for less than two per cent of the regional card base, unchanged since 2013.

The data adds impetus to the European Central bank’s long-voiced concerns over the dominance of MasterCard and Visa in the European payments market. The ECB has been pushing for banks to create a third privately-held card scheme to stir up competition in the market.

The recent EUR21.2 billion deal agreed between Visa Inc and European banks over the sale of Visa Europe has led to increased calls for the banking industry to put the windfall to use to create a competing product to tackle the duopoly enjoyed by Visa and MasterCard.

Any bank-backed rival scheme would be entering an entirely new competitive landscape. Card schemes will no longer be able to compete, to the extent they have in the past, on interchange fees, with the new EU caps of 0.2% for debit cards and 0.3% for pay-later cards. RBR believes that portfolio gains will instead be based on factors such as service levels and scheme fees, an area which might be the final push needed by banks to develop their own system.