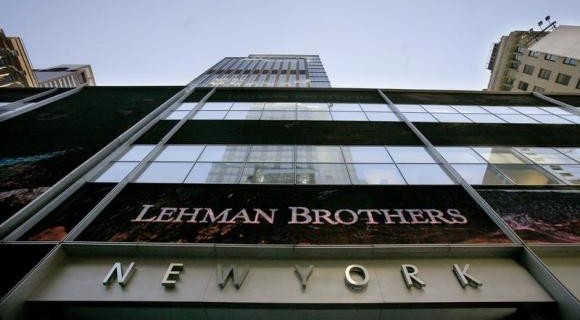 What the central banks cannot do is create productive places to invest the credit they’ve generated in such excess, or force qualified borrowers to swallow more unproductive debt.

General Grant’s difficulties in breaking the trench warfare around Petersburg, VA in the last year of the American Civil War (1864 to early 1865) telegraphed the future of trench warfare to astute observers. Few took heed of the lessons of the “first modern war,” and many of the same strategies of 1864 (digging a tunnel under enemy lines and filling the tunnel with explosives to blow a hole through their defenses, for example) were repeated in the Great War of 1914-1918 fifty years later.

When a weapon system capable of breaking the stalemate emerged–the tank–its potential for massed attack escaped planners on both sides, and the new weapon was squandered in piecemeal assaults.

“The last war” in 2008-09 was a battle to save heavily leveraged centralized financial institutions from default and liquidation–commercial and investment banks, insurance companies, etc. The concentration of capital, leverage and risk in these behemoths rendered the entire system vulnerable to their collapse (or so we were told).

Saving imploding private-sector banks was no problem for central banks that could create $1 trillion in new money with the push of a button and offer essentially unlimited lines of credit to banks facing a liquidity crunch.

But the current financial meltdown is not like the last war. Central banks are ready to extend unlimited credit again to private-sector financial institutions, but this time around, the problem won’t be a lack of liquidity.

By refusing to allow a house-cleaning of risk, leverage and mal-investment, central planners have simply pushed the risk into systems they don’t control: foreign-exchange (FX) currency markets, shadow banking and the economy that depends not just on available credit but the willingness of qualified borrowers to take on the risks and costs of more debt.

Central banks have created abundant credit and liquidity, but no productive places to invest that ocean of nearly free money Creating abundant credit works to spur growth when growth has been restrained by a lack of credit.

But when credit has been abundant for decades, what’s scarce isn’t credit–it’s productive investments that are scarce. Central banks are powerless to create productive uses for the credit they create.

The inevitable consequence of this failed strategic error is defeat. Central banks issued trillions of dollars, yuan, euros and yen in new credit to stave off defeat in the last war (the Global Financial Meltdown of 2008-09), but the problem wasn’t a lack of credit. Now, seven years into the strategy of flooding the global economy with credit,the problem is a scarcity of productive uses for all that money sloshing around the global economy.

There won’t be a “Lehman Moment” in the 2016 meltdown, because central banks can prop up or “save” any new Lehman with a few keystrokes. What the central banks cannot do is create productive places to invest the credit they’ve generated in such excess, or force qualified borrowers to swallow more unproductive debt.

The global economy is choking not just on an excess of debt, it’s also choking on the consequences of an unprecedented mal-investment of the credit central banks have issued in such over-abundance.

Issuing more credit will only make the 2016 crash worse. Trying to stop the current crash with more credit and lower interest rates is like sending the cavalry on suicide charges against entrenched machine guns, artillery and tanks. The coming financial slaughter will be as senseless, wasteful and ineffective as any suicide attack in the Great War.