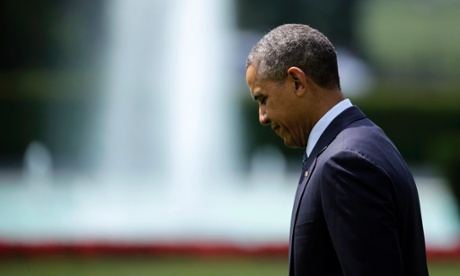 The Obama administration is in a mad rush to draft regulations before the clock runs out and an obscure law makes it easier for foes in Congress to repeal rules they don’t like.

The to-do list includes forcing food producers to put “added sugar” on nutrition labels, making oil companies plug methane leaks at wells and limiting how much of the carcinogen silica that workers can safely inhale.

“Their deadline for finishing anything that will last after them comes really, really soon,” said David Goldston, director of government affairs for the Natural Resources Defense Council, a Washington environmental lobby.

Sooner than some might think. The cutoff may be as early as May 17 under a 20-year-old law called the Congressional Review Act. Pushed through in 1996 as part of the Contract with America, the law allows Congress to toss rules it dislikes within 60 legislative days of enactment on a simple majority vote and without being held hostage by filibusters. The deadline, based on the current congressional calendar, may slip if lawmakers return for a lame-duck session after the election.

It’s been invoked more than six dozen times since then but only been successful once: in 2001, it was used to overturn former President Bill Clinton’s ergonomics rules. More recently, Republicans such as Senate Majority Leader Mitch McConnell of Kentucky have used it to try to undo some of President Barack Obama’s work, particularly environmental regulations — and signaled they are willing to do it again.

Hanging in the balance are Obama administration measures that aim to prevent conflicts of interest when brokers give retirement investment advice, bolster the efficiency of household appliances such as dishwashers and ovens and boost the reliability of equipment used to safeguard offshore oil wells.

All of them mean big money for companies that would be hit with the mandates. T. Rowe Price Associates Inc., Ameriprise Financial Inc. and Charles Schwab Corp. have all raised concerns about the cost of the so-called “fiduciary rule” that would require brokers to make investors’ interests paramount when offering advice about retirement investments.

According to one analysis, the proposed offshore drilling rule could mean $11 billion in forfeited investment by Exxon Mobil Corp., Anadarko Petroleum Corp. and other oil companies fighting the measure. And new silica limits would mean $637 million in added annual costs for scores of industries, with higher costs for building contractors and oilfield service firms such as Halliburton Co.

“There is a incentive for the outgoing administration to cement as many regulatory priorities as possible before the next administration takes office,” said Sam Batkins, director of Regulatory Policy at the American Action Forum, a not-for-profit think tank. Batkin warns about a crush of “rules rushed before the carryover provision of the CRA becomes effective.”

Advocates eager to see specific rules cross the finish line have been quietly warning agencies to hurry up for months. When snow shuttered the federal government for several days in January, activists fretted about the lost time. The administration had already warned agencies to get a move on.

“Agencies should strive to complete their highest priority rule makings by the summer of 2016 to avoid an end-of-year scramble,” Howard Shelanski, head of the White House Office of Information and Regulatory Affairs that vets proposed rules, said in a Dec. 17 memo.

Federal regulation has been on the rise under both Republican and Democratic presidents, but Obama has made clear that when faced with a recalcitrant Congress, he will use his executive powers to fight climate change, boost workplace safety and protect consumers.

Much of what Obama has vowed to do through executive fiat has been accomplished, with major health care and environmental regulations already in place. But some big-ticket items are still in the works, and the administration is trying to finalize more than 90 economically significant rules with an annual impact of $100 million or more.

To business leaders in Washington, it’s a regulatory onslaught. U.S. Chamber of Commerce President Thomas Donohue says the Obama administration “is on a regulatory tear, and this will continue to the day the moving van backs up to the door at the White House.” Jack Gerard, head of the American Petroleum Institute, says the administration is “bombarding our economy with duplicative, job-crushing new regulations.”

And Rosario Palmeri, vice president of labor, legal and regulatory policy for the National Association of Manufacturers, warns that rushed rules can wreak havoc on the economy.

“It’s a common practice of every administration to try and complete everything they’ve been working on within the time remaining,” Palmeri said by phone. “The challenge for manufacturers and businesses is that we’re not functioning on a presidential timetable, and if something isn’t quite ready — if they haven’t thought through all the implications — their intensity to get something out the door may not be the best thing for the economy or other stakeholders.”

Many of the rules being finalized now actually “have been in the pipeline for a very long time — in some cases even decades,” said Amit Narang, regulatory policy advocate for Public Citizen’s Congress Watch.

Lawmakers have plenty of options for thwarting rules they don’t like. A resolution of disapproval under the Congressional Review Act is just one tactic, but it’s not often successful because presidents can veto the resolutions, something Obama did at least three times last year. Overriding those vetoes requires Congress to muster super-majority two-thirds votes, a high hurdle in the closely divided Senate.

The dynamic shifts when presidencies change hands — and parties — which could happen in January. If a Republican is elected president this November, and the party maintains a majority in the House and Senate, lawmakers could have a willing accomplice in the White House in their quest to overturn Obama-era rules.

Still, the Congressional Review Act isn’t the most artful option.

“Once a rule is disapproved through that mechanism, the agency can’t do something substantially similar,” Dudley said. The incoming Obama administration may have wanted to fine-tune regulations imposed at the end of Bush’s second term — not rule out action on those subjects altogether.

That same attitude might not apply during the next transition. For instance, presidential candidates who have blasted Environmental Protection Agency mandates on greenhouse gas pollution could be eager to see Congress use the CRA to overturn a single rule and consequently place the entire subject off limits.

Congress has other tried-and-true tactics, including using its power of the purse to block spending on regulations. Lawmakers also can repeal or revise rules through individual bills.

“Congress always has the upper hand,” said Laura MacCleery, director of the Regulatory Affairs at the Center for Science in the Public Interest, which wants to see the government require more information on nutrition labels and make changes to the way the public is notified about recalls. “The truth is, Congress in its wisdom can change outcomes for regulations any time it wants.”

The next administration also has options. Although Supreme Court precedent makes it tough for agencies to justify a complete 180, the incoming administration can withdraw “midnight rulemaking” — regulations finalized by a predecessor that may still be within a public comment window.

Historically, incoming administrations have put those rules on hold and subject them to a new round of public comments and scrutiny before deciding what to do with them, Narang said. “Once a rule is finalized, it’s much harder to get it off the books.”