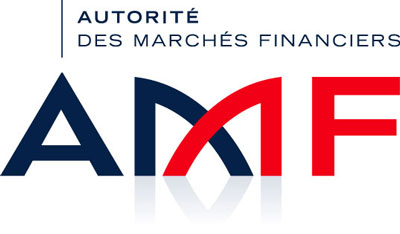 The Autorité des Marchés Financiers (AMF), ever determined to remain at the forefront of detecting market abuse and other violations, is launching an effort to modernise its monitoring system, enhancing its ability to detect, analyse and investigate suspicious activity.

In the wake of the 2008 financial crisis, European lawmakers enacted financial market regulatory reforms. Following the adoption of EMIR for over-the-counter derivative trading, in early 2018 the revised MiFID II and MiFIR regulations will strengthen national regulators’ ability to perform their duties by giving them access to a wider scope of data at their disposal. At the same time, the rise of algorithmic and high-frequency trading in more fragmented markets has contributed to higher order and trading volumes. In the near future, it is estimated that the AMF will collect 50 million messages daily.

To ensure that markets function properly, the AMF already employs powerful human and technical resources and has continually invested in them over the years. Its monitoring system analyses some 1.6 million transaction records and generates – on average – 36,000 alerts annually. After cross-checking these alerts against available information on the financial instruments being traded, the AMF’s teams analyse more than 500 market events in depth every year, based on which it opens around 30 investigations.

A new system based on Big Data technologies

ICY, pronounced “I see why”, is the new monitoring system that AMF is developing internally with the backing of IT company Neurones. It will be based on Big Data technologies that will allow the AMF to quickly screen data representing large and varied trading volumes. Starting in the second half of 2017, ICY will gradually be rolled out to start receiving MiFID II data from 3 January 2018. Once the process is completed, the AMF will have significantly greater capacity to archive data and perform multivariate analysis, while also adding innovative new functions. The AMF hopes that this will reinforce its ability to examine transactions in real time, make it quicker to react, and improve the detection of market abuses through the use of artificial intelligence tools such as machine learning. This technology will make it possible to automatically adjust certain detection models, for example, the one used for price manipulation.

“Financial markets are increasingly automated and fragmented. In this environment, detecting insider trading and market manipulation requires sophisticated, innovative tools able to decrypt complex, unstructured data”, notes Alexandra Givry, head of the Market Surveillance Department. “ICY will enable the AMF to exploit the large amounts of available data and thus better execute its market surveillance and investigation activities. It will also strengthen its capacity to analyse market trends and the impact of regulation”.