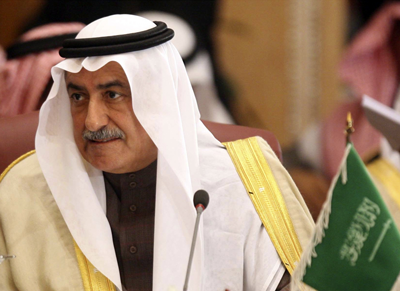 Saudi Arabia is looking to raise as much as $8bn (£5.6bn; €7.3bn) from international lenders to help plug a record budget deficit caused by low oil prices. Citing sources, the Wall Street Journal said the kingdom is also considering raising money through an international bond offering.

Riyadh has set out plans to cut back state spending and issue domestic bonds to make up for the slump in oil revenue but the International Monetary Fund has warned that the measures do not go far enough. The Washington-based lender warned in October 2015 that the kingdom would run out of financial assets within five years if it did not tighten its belt.

London-based financial advisory firm Verus Partners is advising the Saudi finance ministry on the loan, the Reuters agency reported. “I don’t think the Saudis need to do this to make sure they could pay their bills,” Larry Goldstein, director of the Energy Policy Research Foundation, told the Journal.

“This is just another piece of a very consistent strategy of being as efficient and cost effective as possible in a very difficult and uncertain environment.”

Saudi Arabia’s credit rating was cut two notches to A- by Standard & Poor’s in February, with the rating agency warning that low oil prices would have “a marked and lasting impact” on the country’s economy.

On 4 March, Moody’s announced it was placing Saudi Arabia’s credit rating on review for a possible downgrade. “The structural shock to the oil market is weakening Saudi Arabia’s government balance sheet, its economy, and therefore also its credit profile,” the ratings agency said in its assessment.