Saudi Arabia looks to bring in billions of foreign dollars 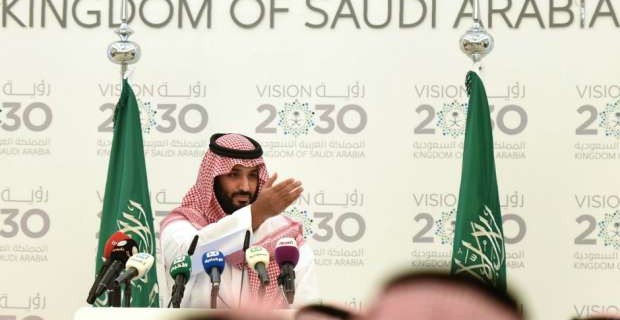 Saudi Arabia announced a string of reforms to its stock market that could attract billions of dollars of fresh foreign money and smooth sales of state assets as the kingdom grapples with damage to its finances caused by low oil prices.

When Riyadh opened its bourse to direct foreign investment last June, it took a cautious approach, imposing tight ownership limits and minimum qualifications for overseas institutions to reduce the risk of them destabilizing the market.

Among his plans are a privatization program that will include offering a stake of under 5 per cent in national oil giant Saudi Aramco. The Saudi stock market could have trouble absorbing the shares without an infusion of foreign money.

“This is a very good piece of news and supportive of the stock market in the medium- to long term,” Sebastien Henin, head of asset management at Abu Dhabi’s The National Investor, said of Tuesday’s announcement.

“It may clear the road for the possible listing of Aramco shares … All in all, this will align the bourse with international markets and encourage foreign investors to allocate funds to Saudi shares.”

Each foreign institutional investor will be allowed to own directly a stake of just under 10 per cent of a single listed company, up from a previous ceiling of 5 per cent, the Capital Market Authority (CMA) announced.

Other restrictions were scrapped, including a ceiling of 10 per cent on combined ownership by foreign institutions of the market’s entire capitalization. All foreign investors combined will still be limited to owning 49 per cent of any single firm.

To qualify as a foreign institutional investor in Saudi Arabia, each asset manager will only need to have a minimum of US$1 billion of assets under management globally, instead of US$5 billion. The CMA said it would now accept investments by new types of foreign institution including sovereign wealth funds and university endowments.

The regulator also said it had approved the introduction of securities lending and covered short-selling to the stock market, which would give investors more options to hedge their purchases against market downturns.

Meanwhile, the Saudi Stock Exchange will introduce during the first half of 2017 the settlement of trades within two working days of execution, the bourse said.

At present, trades must be settled on the same day. This has inconvenienced foreign investors in particular as they must have large amounts of money on hand before trading, which can be hard given Riyadh’s time zone and its Sunday-Thursday business week. Many big emerging markets have settlement after two days.

Saudi Arabia wants to join international index compiler MSCI’s emerging markets index as soon as in 2017, because many global funds base their investments on that index. Officials have conceded same-day settlement is an obstacle to inclusion.

MSCI is expected to say in June whether it will review Saudi Arabia for possible inclusion in the index, and the reforms announced on Tuesday could help to sway its decision.

Nevertheless, the Saudi stock market did not react positively to the announcement; its index was 1.4 per cent lower in late trade.

One reason is that the reforms will take considerable time to materialize. The CMA said its new foreign ownership rules, and a date for them to take effect, would be revealed only by the end of the first half of 2017.

A deeper reason is that despite last June’s opening to foreign institutions, overseas funds have so far not been very keen to put their money into Saudi Arabia; total direct and indirect foreign investment accounts for less than 1 per cent of the US$408 billion stock market, bourse data shows.

Low oil prices, as well as the inefficiencies of Saudi firms and the greater dynamism of other emerging economies, have diverted money from the kingdom. It may take years before it becomes clear if the economic reform drive will change this.

At the end of 2015, only nine foreign institutions had obtained licenses to invest directly in the Saudi market. The Middle East head of a big international fund manager, declining to be named because of commercial sensitivities, said this number would not necessarily rise sharply when restrictions were eased.

“You can ease regulations as much as you want, but the value proposition of Saudi Arabia needs to be strong enough to make it worthwhile for institutional investors to come in,” he said.