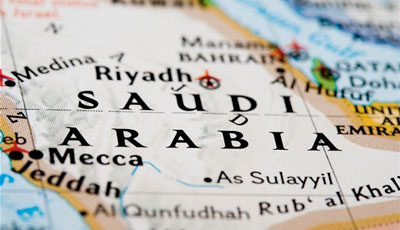 The biggest economic shake-up since the founding of Saudi Arabia would accelerate subsidy cuts and impose more levies, a plan to spread the burden of lower crude prices among a population more accustomed to government largess.

Outlining his vision in a five-hour interview with Bloomberg News last week, Deputy Crown Prince Mohammed bin Salman said the measures would raise at least an extra $100 billion a year by 2020, more than tripling non-oil income and balancing the budget.

“It’s a large package of programs that aims to restructure some revenue-generating sectors,” the prince said at the royal compound in Riyadh. Non-oil income rose 35 percent last year to 163.5 billion riyals ($44 billion), according to preliminary budget data.

It’s a radical shift for a country built on petrodollars since the first Saudi oil was discovered almost eight decades ago. Prince Mohammed, 30, and his top aides said the administration navigated plunging oil prices last year through a series of “quick fixes.” While there are no plans to tax incomes, his policies would bring the kingdom closer to the rest of the world, where governments rely on charges to fund spending.

The prince said authorities are weighing measures that include more steps to restructure subsidies, imposing a value-added tax and a levy on energy and sugary drinks as well as luxury items. Another revenue-raising plan under discussion is a program similar to the U.S. Green Card system that targets expatriates in the kingdom.

The strategy would complement a plan to sell a stake in Saudi Aramco on the stock exchange and create the world’s largest sovereign wealth fund, steps meant to make the kingdom more reliant on investment income than oil within 20 years. The $2 trillion fund would be big enough to buy the four largest publicly traded companies on the planet.

The Saudi government is also planning to increase its debt in the meantime to help finance spending and test the market with a dollar bond later this year.

The VAT will bring in about $10 billion a year by 2020, while the “restructuring of subsidies” will generate more than $30 billion a year, said Prince Mohammed, who appeared at ease discussing technical details and figures of his various plans.

The Green Card-like program and a plan to allow employers to hire more foreign workers above their official quotas for a fee could generate $10 billion a year each, he said.

Past rulers had avoided radical measures to diversify sources of revenue for fears of triggering a backlash from one of the world’s most conservative societies, where government spending, jobs and subsidies typically greased the wheels of the economy.

Youth unemployment is among the highest in the world and economic growth is set to slow to 1.5 percent this year, the worst since at least 2009, according to a Bloomberg survey of economists.

There are currently no income taxes in Saudi Arabia. The government started raising the prices of fuel and utilities at the end of last year, including a move to raise those for gasoline by a minimum of 50 percent. That brought the price to the equivalent of 26 U.S. cents a liter at the end of March, the second-cheapest in the world after Kuwait, according to globalpetrolprices.com, which provides data and analysis on transport fuels.

Prince Mohammed is King Salman’s son and second-in-line to the throne. His drive faces similar risks to those encountered by royals before him.

It could also raise questions from within the ruling family about the transfer of power from the sons of King Abdulaziz Al Saud, the nation’s founder, to the next generation, said Paul Pillar, a senior fellow at Georgetown University’s Center for Security Studies and a former senior CIA official.

“Why should Salman be the one, among all his brothers and half-brothers, who gets to put his favorite son into power?” he said by e-mail. For the time being, the main story about Prince Mohammed “is one of how much power he will accumulate and retain,” he said.

Prince Mohammed has consolidated more authority than anyone in his position since the kingdom was established in 1932. As defense minister, he leads the military effort. He also oversees ministries including finance, oil and the economy through the Council for Economic and Development Affairs. The council, which was established after his father became king, also controls the Public Investment Fund.

The prince said measures taken by the council last year succeeded in lowering the budget deficit “which could have reached $250 billion to less than $100 billion.”

He said that a decision to delay payments to contractors last year was aimed at “trying to avoid a bigger danger” after discovering that ministries and government bodies could authorize spending of more than $1 trillion based on “decrees over the last few years.”

“During the boom years, there were no solid fiscal controls so the bureaucracy could spend without a limit and the government would always pay,” he said. “Now, we’ve put the fiscal controls in place.” The government’s aims to stick to the 840 billion-riyal spending target in the budget “irrespective of oil prices,” he said.

Saudi Arabia’s benchmark stock index climbed 1.4 percent, the most in more than two weeks. Constructions companies in Dubai, with business in the kingdom, also rose.

The kingdom has been financing its budget gap by selling local debt and drawing down on foreign reserves, the third-largest in the world after China and Japan. The central bank’s net foreign assets have tumbled by more than 500 billion riyals since the start of 2015 to 2.19 trillion riyals in February.

“In the short term, we’re going to borrow but, by 2020, our plan is that we will have a balanced budget,” Al-Sheikh said. Debt levels may rise to between 30 percent and 35 percent of gross domestic product, he said, from less than 2 percent in 2014.

The government is in talks with banks to raise about $10 billion through a syndicated loan, two people familiar with the matter said last month. While Al-Sheikh declined to confirm the details and the potential size of the deal, he said it will be followed by the kingdom’s first international dollar bond as early as September.

“We’re doing it now because we actually don’t need the money but we want to prepare ourselves for the future to make sure that when we actually go to the markets and we really need the money, the markets, the investors, the financial institutions already know us,” he said.