Exit from the MoU: What does it mean for Cyprus? 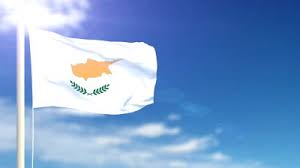 On March 31st, 2016 the Cyprus government has officially exited the MoU with Troika after a three-year period. During this time, Cyprus has received around €7.2 billion (out of a total of €10 billion available) with a very low interest rate of about 1%. Evaluations though will not stop and will continue every six months until 75% of the loan received is repaid. A lot of discussion has been going on since then – on the one side, some government officials have been arguing strongly that this is proof the program was successful and met its objectives, and on the other side, opposition parties have been arguing that the program failed and brought more pain and misery to the people of Cyprus. In my humble opinion, the truth lies somewhere in between the above two views, but closer to a successful programme given the poor conditions of the economy back in April of 2013.

The programme rested on three pillars – fiscal consolidation, banking and financial sector reforms, as well as structural reforms. On the first pillar, fiscal consolidation was achieved through cuts in wages, pensions, social and discretionary spending; as well as increases in tax rates – VAT, immovable property tax, corporate tax rate, etc. Growth has returned to positive territory after years of recession, while unemployment is on a slow but downward path. Furthermore, public debt has been kept on a sustainable trajectory, expected to decrease to 100% of GDP by the end of this year. Credit ratings have improved (although still in the junk sector) and the government has regained access to the international financial markets (although with a yield of more than 4%, which is one of the highest in the EU area, reflecting the significant risks that remain in the economy). Another issue (not only for Cyprus, but for the Eurozone overall) is the deflation that we are still experiencing that restricts consumption/investment and hinders growth.

A number of the banking reforms in the MoU have been completed. Furthermore, the banks have recapitalized (either by foreign investors, or from the government), and the liquidity level has improved, however this is not transferred to the real economy. Why? First, because companies and households are over-leveraged (one of the highest private debt level in the EU); second, because there are simply not enough of viable business opportunities to lend, given the state of the economy; and third, because the regulatory requirements have become so strict, that is very difficult for households and companies to pass all the criteria required to receive lending. Certainly though, the biggest problem that the banking sector faces is how to deal with the huge level of non-performing loans (NPLs) – a staggering number of around €27 billion, which translates into around 50% of the total banks’ loan portfolio, or more than 150% of the country’s GDP. Magical solutions unfortunately do not exist, and to resolve this problem it will be a slow and demanding process.

This is the pillar that unfortunately we have not seen too much progress. The only major privatisation that is under way is for the Limassol Ports Authority, while for CYTA/EAC is postponed until the end of 2017. In terms of civil service reforms, these have not been completed yet and the bureaucracy in the public sector still reigns. The same is the case for health reforms (and the implementation of the NHS), for labor reforms (trade unions have substantially increased their demands recently), as well as for the legal system reforms.
Furthermore, populism has been growing (especially now because of the upcoming parliamentary elections), corruption is still present everywhere, while competitiveness/transparency/corporate governance has not really improved.
My concluding thought is that the fact that we have exited from the MoU implies that substantial progress has been made and this is the reason we have regained the trust from the foreign investors and markets. However, a lot more work is needed in order to fully acknowledge that we have finally restored/corrected all the major problems that our economy has faced in previous periods.