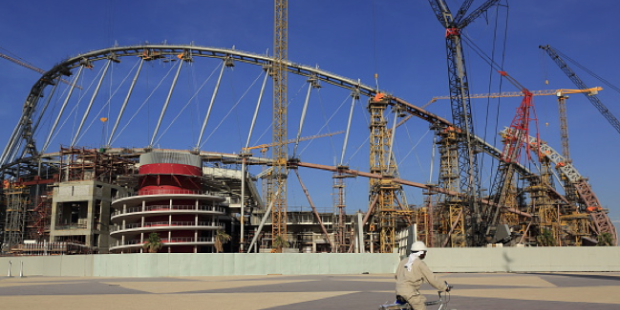 Qatar has identified nearly $20bn of investment opportunities in the sports sector ahead of its hosting of the FIFA World Cup in 2022.

The country’s economy and commerce minister confirmed the figure at an event on Sunday, according to reports.

Qatar is using sport to boost its soft power and hosts 30 major events on an annual basis.

In 2015 it hosted the Handball World Cup and the country will host the International Athletics Championships in 2019 before the 2022 football tournament.

The world cup Supreme Committee for Delivery and Legacy secretary general Hassan Al Thawadi said the country aimed to become a sporting hub and would export its expertise across the region and the wider world.

“We are ready to support all the infrastructure developments which lead to 2022,” he was quoted as saying.

The tournament is expected to contribute to the country’s economic development and boost its appeal as a tourism destination.

Last week Al Thawadi was quoted as saying that the construction costs for the country’s World Cup stadiums would total $8bn to $10bn.

Qatar is also spending up to $200bn on infrastructure required to host the tournament.

Construction of the country’s first host venue, the Khalifa International Stadium, is expected to be completed by the end of this year.