Accountancy profession reacts to the UK’s decision to leave EU 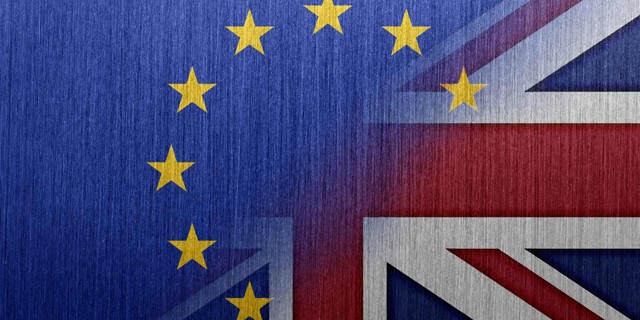 Accountants, tax experts and finance professionals have reacted to the UK’s decision to leave the European Union, with many predicting a wave of uncertainty regarding the economy and British businesses.

The Leave campaign received 52% of the referendum, compared to 48% received by the Remain campaign, despite calls from the prime minister, leading politicians and tax experts for the UK to stay within the European Union.

The UK saw its highest turnout at a UK-wide vote since 1992, with a 70% turnout rate yesterday, as the UK witnessed more than 30 million people voting to decide on the UK’s European future.

Reacting to the result, experts from across the accountancy world have given their opinion towards the UK’s historic decision, with many now turning their attention towards how Brexit will affect key accountancy issues, including tax, its effects towards corporations and EU-wide attempts to clamp down on widespread tax avoidance.

Kevin Nicholson, head of tax at PwC, said that Brexit will “undoubtedly affect how people and businesses are taxed,” adding that the UK will have to have more “scope to help particular industries”

“In the short-term, uncertainty on future tax rules will create challenges for businesses as they plan ahead,” continued Nicholson. “Great care will be needed to prevent unintended consequences as legislation from Brussels is removed. Longer term, there will be fewer layers of legislation, which should simplify the tax system for businesses large and small.”

A number of Top 50+50 firms have reacted to the result, with many of their leaders conveying shock, as members and clients of a number of accountancy practices previously declared their support for Remain.

Robert Hannah, chief operating officer at Grant Thornton UK, said a “majority of our clients favoured remaining in the EU,” and now predicts a period of “instability and uncertainty”, but has nonetheless called for calm.

“It is important to bear in mind that very little changes immediately, so businesses should stay calm, review their contingency plans and start considering the mid-long term opportunities while the dust settles. Organisations need to assess the risks to their business and develop strategies which mitigate these, or indeed, capitalise on new opportunities,” said Hannah.

‘Sense of shock in Britain’s boardrooms’

Institutes are beginning to react to the news. ICAS chief executive Anton Colella has said that the result will “create a sense of shock in Britain’s boardrooms”.

“What we need now is for the government to act swiftly and decisively to bring clarity to key questions for business which were never answered during the campaign.

“This will reduce uncertainty and help business leaders respond with plans for the future which lay out how best to proceed for the good of British jobs, British businesses and the British economy,” continued Colella.

One of the biggest talking points concerning Brexit’s effect on tax, in particular on rules around VAT.

Nicholson said that the UK will now “have much greater freedom to set its own VAT rules,” but emphasised the uncertainty which lies ahead.

“This could lead to more items becoming zero-rated, which may positively impact consumers and business. Or we may see changes that could be less positive for business but which may increase tax revenues for the government.”

The PwC tax expert has called for “a comprehensive review of UK VAT law” and a review of the UK’s links with EU law to “ensure that there is effective legislation in place post exit”.

Andrew Watters, tax partner at Irwin Mitchell Private Wealth, said it will be interesting to see whether there are any “substantive tax changes” in the UK, particularly with VAT.

“VAT is, of course, an EU tax but it will be surprising if something very similar is not introduced as it generates huge amounts of tax for the government.  As ever, the tension will be between reducing tax to generate more trade and increasing it to get more money for state spending.”

Corporate taxes have already been high on the agenda for the UK, particularly around the Panama Papers and Google’s £130m tax deal with HMRC, but now many believe it will move into the driver’s seat in British politics. Earlier this month at the European parliament in Strasbourg, MEPs, including those from the UK, voted to created a European investigation into how EU laws were breached by these involved in the Panama Papers.

“Once the UK has formally left the EU, the fundamental freedoms enshrined in EU treaties will no longer have effect. EU directives and EU case law will not be relevant to UK corporation tax. This may reduce the amount of legislation but, as this includes legislation which act as relieving provisions, in some cases business will end up paying more tax.

“For example, the zero rate of dividend withholding tax under the parent-subsidiary directive will not apply and UK parent companies will need to fall back on treaty rates of withholding – which in the case of Germany and Italy are higher.”

Watters believes that there will be less influence post-Brexit in supporting the EU’s efforts to combat aggressive tax avoidance.

“Much of the tax planning by large international companies relies on mismatches between the rules of different jurisdictions.  The EU made a statement earlier this year about work being done with national governments to have a more joined-up approach to counter this sort of tax avoidance. A UK which is not part of the EU is likely to have less influence in such initiatives.”