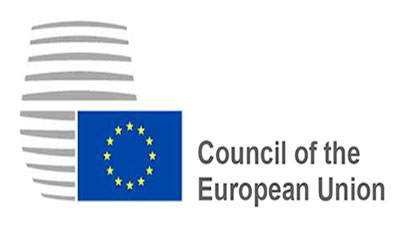 On 12 July 2016, the Council adopted new rules addressing some of the practices most commonly used by large companies to reduce their tax liability.

The directive is part of a January 2016 package of Commission proposals to strengthen rules against corporate tax avoidance. The package builds on 2015 OECD recommendations to address tax base erosion and profit shifting (BEPS), endorsed by G20 leaders in November 2015.

“This new directive aims to protect our domestic corporate tax bases against aggressive tax planning practices that directly affect the functioning of the internal market”, said Peter Kažimír, minister for finance of Slovakia and president of the Council. “It is therefore an important step, which also demonstrates that we see the fight against such practices not only as our common priority but also our common commitment.“

The directive addresses situations where corporates, mostly multinational groups, take advantage of disparities between national tax systems in order to reduce their tax bills. It responds to the perception of many taxpayers and SMEs that some multinationals do not pay their fair share of tax, thereby distorting tax competition within the EU’s single market.

The directive covers all taxpayers that are subject to corporate tax in a member states, including subsidiaries of companies based in third countries. It lays down anti-tax-avoidance rules for situations that may arise in five specific fields:

The directive will ensure that the OECD anti-BEPS measures are implemented in a coordinated manner in the EU, including by 6 member states that are not OECD members.

Three of the five areas covered by the directive implement OECD recommendations, namely the interest limitation rules, the CFC rules and the rules on hybrid mismatches. The two others, i.e. the general anti-abuse rule and the exit taxation rules, deal with anti-tax-avoidance aspects of a 2011 proposal for an EU common consolidated corporate tax base.

The directive was adopted without discussion at a meeting of the Economic and Financial Affairs Council. Political agreement was reached on 17 June 2016, following a silence procedure.

The member states will have until 31 December 2018 to transpose it into their national laws and regulations, except for the exit taxation rules, for which they will have until 31 December 2019. Member states that have targeted rules that are equally effective to the interest limitation rules may apply them until the OECD reaches agreement on a minimum standard, or until 1 January 2024 at the latest.

Work has proceeded meanwhile on the rest of the January 2016 anti-tax-avoidance package. On 25 May, the Council approved:

The anti-tax-avoidance package follows on from a number of EU initiatives in 2015. These include a directive, adopted in December 2015, on cross-border tax rulings.

In December 2014, the European Council cited “an urgent need to advance efforts in the fight against tax avoidance and aggressive tax planning, both at the global and EU levels”.