The highest and lowest unemployment rates in EU countries 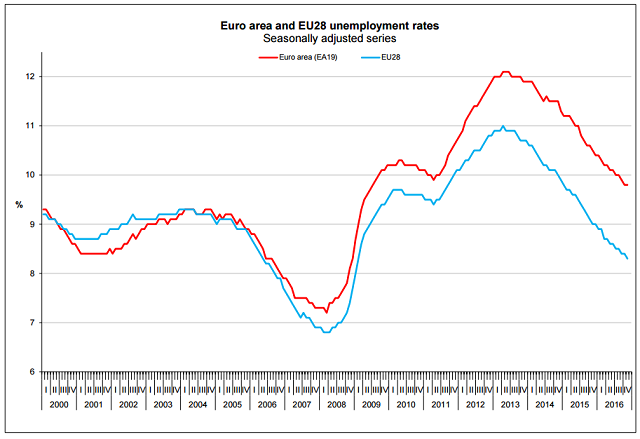 Eurostat produces harmonised unemployment rates for individual EU Member States, the euro area and the EU. These unemployment rates are based on the definition recommended by the International Labour Organisation (ILO). The measurement is based on a harmonised source, the European Union Labour Force Survey (LFS).

Based on the ILO definition, Eurostat defines unemployed persons as persons aged 15 to 74 who:

Germany, the Netherlands, Austria, Finland, Sweden and Iceland: the trend component is used instead of the more volatile seasonally adjusted data. Denmark, Estonia, Hungary, Portugal, the United Kingdom and Norway: 3-month moving averages of LFS data are used instead of pure monthly indicators

The data in this News Release can be subject to revisions, caused by updates to the seasonally adjusted series whenever new monthly data are added; the inclusion of the most recent LFS data in the calculation process; update of seasonal adjustment models with complete annual data. 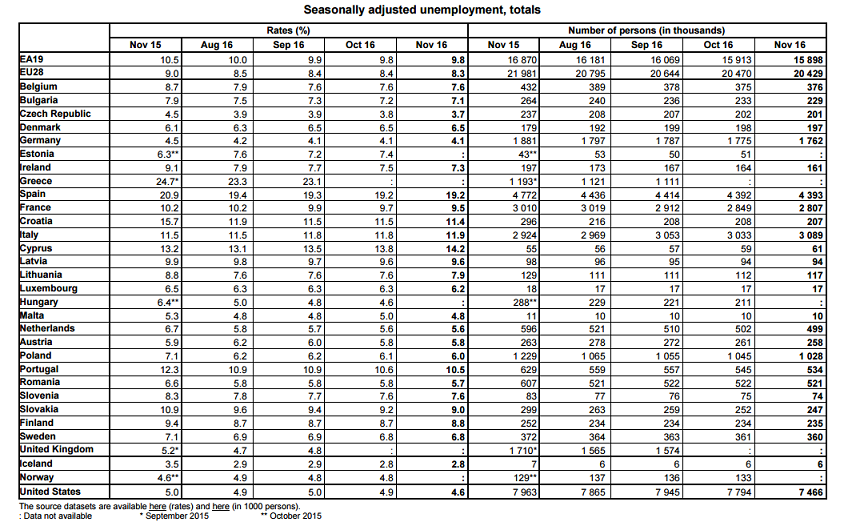