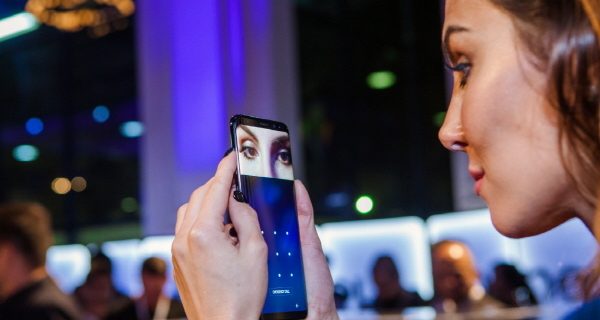 Facial recognition is considered the next-generation biometric technology as it is more convenient than an iris scanner or fingerprint. It can be certified by simply looking at the smartphone instead of positioning your eyes in a small section of the screen or moving your finger around trying to locate the scanner.

The facial recognition technology was adopted for Samsung’s flagship smartphone Galaxy S8 and it is also expected to be used for Apple’s new handset iPhone 8 to be unveiled later this year.

Despite the convenience, Samsung’s facial recognition technology is not yet mature enough to be solely used for high-level security such as financial transactions.

“In order for facial recognition to be solely used for financial transactions, it would take more than four years considering the current camera and deep learning technology levels,” a source from Samsung told The Korea Herald.

Samsung admitted Galaxy S8’s facial recognition is made only to conveniently unlock the phone and it has a lower security level compared to the iris scanner and fingerprint technologies.

“We do not need to use facial recognition for mobile financial transactions because there are already high-level biometric technologies such as iris and fingerprint recognition. The question that when it will be used is meaningless,” a Samsung spokesperson said.

Korean card companies including Samsung, KB, Hana and Lotte said they are not currently in discussion with Samsung Electronics in terms of using facial recognition technology for their financial transaction.

Still, experts view the future biometric technologies will gradually move toward facial and voice recognition due to their convenience and universality. They are more convenient as users simply look at the screen or speak and more universal because most handsets have cameras and microphones. Not many phones have iris sensors or fingerprint scanners.

“Facial and voice recognition will also be mainstream in the future alongside iris and fingerprint. But, it needs more than four to five years for facial recognition to be solely used for financial transactions. For the time being, they will be used as additional certification methods,” Jin Seung-heon, a chief of Electronics and Telecommunications Research Institute’s information protection research unit.

In March of 2015, Chinese tech giant Alibaba demonstrated its facial recognition technology for financial transactions during computer expo CeBIT for the first time in the world. But, it has not adopted the technology for any handsets yet.

Samsung has been adopting fingerprint sensors for its mobile payment Samsung Pay for Galaxy S6 in 2015 and iris scanners for the discontinued Note 7 and Galaxy S8.

“The fingerprint scanner has not frequently been used for Samsung Pay because it was not as convenient as expected. The use of biometric recognition will depend on how companies can make more convenient and advanced technologies,” said Lee Byung-tae, KAIST College of Business professor.

Korea Internet & Security Agency predicts that the Korean biometric recognition market will increase to 270 billion won ($239 million) in 2020 from 180 billion won in 2015.