European Union to launch legal case against Italy over Fiat 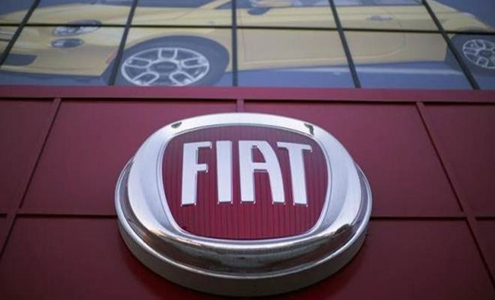 The European Union will launch legal action against Italy on Wednesday (17 May) for failing to police allegations of emissions-test cheating by Fiat Chrysler properly following the Volkswagen dieselgate scandal, EU sources said.

EU officials have become increasingly frustrated with what they see as governments colluding with the powerful car industry and the legal move is the biggest stick the European Commission has available to force nations to clamp down on diesel cars that spew out polluting nitrogen oxide (NOx).

EU regulators say Italy has failed to convince them that the so-called defeat devices used to modulate emissions on its vehicles outside of narrow testing conditions are justified.

“They (Italian authorities) still need to provide additional information that would convince us that the devices used in Fiat models are justified and can therefore be considered legal,” one EU source said.

Italy’s transport ministry was not immediately available for comment. In February, it said new tests carried out on Fiat Chrysler vehicles found no illegal engine software.

Defeat devices have been illegal under EU law since 2007. Their use has come under renewed scrutiny following Volkswagen’s admission that it used software in the United States to mask real-world NOx emissions, which are blamed for respiratory illnesses and early deaths.

European carmakers have argued they are not doing anything wrong, citing an exemption that allows them to turn off emission control systems when necessary for safety or to protect engines.

Last December, the Commission launched cases against five nations, including Germany, Britain and Spain, for failing to police the car industry adequately.

Despite the accusations levelled against its own carmakers, Germany has accused Italy’s Fiat Chrysler of using an illegal device to scale back emission controls after 22 minutes – just longer than official tests.

After Italy rejected Germany’s allegations of hidden software on the Fiat 500X, Fiat Doblo and Jeep Renegade models, Berlin asked Brussels to mediate in the dispute. That mediation ended without fanfare in March.

Under the current system, which the European Commission is trying to overhaul, national regulators approve new cars and alone have the power to police manufacturers. But once a vehicle is approved in one country, it can be sold throughout the bloc.

Wednesday’s notice will be the first step in EU infringement procedures, designed to ensure the bloc’s 28 member states abide by EU-wide regulations.

If member states fail to respond convincingly, Brussels can take them to the EU court in Luxembourg.

The European Parliament backed tougher rules for the approval of new cars aimed at avoiding a repeat of the Volkswagen emissions cheating scandal, but rejected amendments calling for a new, centralised EU road agency to oversee emissions testing.

The bill, approved on 4 April, will give the European Commission new powers to police manufacturers and allow it to fine companies up to €30,000 per vehicle if they are caught breaking the law.

The Commission proposed the overhaul of rules on how vehicles are licensed and tested across the bloc last year, in response to the scandal that erupted in 2015 around Volkswagen’s use of illegal software to manipulate how its vehicles performed on emissions tests.

The Commission’s original proposal gives the executive new testing and enforcement powers, but does not pave the way for an EU agency. Emissions tests are currently done by national regulators.

Elżbieta Bieńkowska, the EU internal market Commissioner who has managed the executive’s response to the Volkswagen scandal, has opposed calls to set up an agency, citing the costs and added bureaucracy that would come with the body.