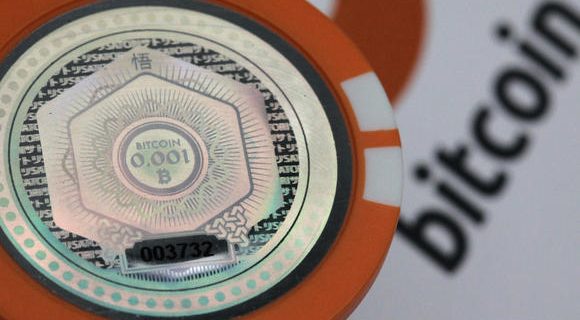 Bitcoin traded higher on Tuesday, carving out a fresh record above $3,500 and reaching a market value approaching $60 billion at its best levels.

Check out a chart of bitcoin’s year-to-date climb below: 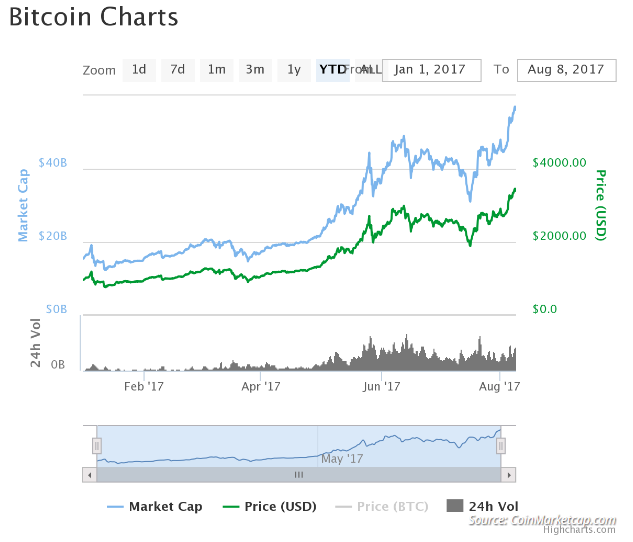 Gains for the Nos. 1 and 2 digital currencies by value (ether’s market value is about $28 billion) come as strategists at Goldman Sachs report that so-called initial coin offerings have surpassed the amount raised for earliest-stage venture-capital funding so far in 2017. Initial coin offerings, or ICOs, refer to a fundraising process through sales of digital tokens linked to existing cryptocurrencies like ethereum or bitcoin, for example. Funds raised are typically used to invest in digital-currency-linked ventures.

Goldman says the total amount of crypto ICO cash raised year to date is $1.25 billion. Such offerings have drawn scrutiny from regulators, like the Securities and Exchange Commission, but they also can underpin demand for digital currencies.

The growth of ICOs underscores the maturation and heightened attention garnered by cybercurrencies, which didn’t exist eight years ago. Indeed, the total market value for some of the most prominent digital currencies hit $124 billion — the highest on record, according to data site Coinmarketcap.com.

Meanwhile, an upgrade to the original bitcoin, known as Segregated Witness, is set to take hold on Wednesday (although a change to the network isn’t likely until later in August), with 100% of so-called miners who support bitcoin transactions backing the upgrade. The change will allow mining of bitcoin in bigger blocks and at a quicker rate without creating a separate bitcoin, say experts.

Meanwhile, Bitcoin Cash, created by a cadre of developers in an effort to solve bitcoin’s longstanding scaling issues, was trading flat at $332.58, with a total market value of $5.4 billion.