Value of all digital currencies hits record around $160 billion 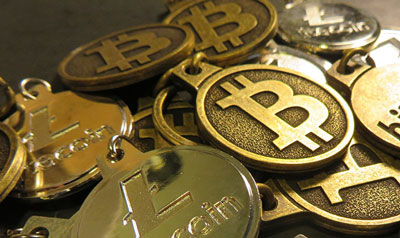 The total value of the digital-currency universe tracked by data research site Coinmarketcap.com, including those linked to the Bitcoin BTCUSD, +0.00% Ethereum and Ripple blockchain networks, reached around $160 billion on the session, surpassing a previous record at $156.4 billion on Aug. 25.

Growing valuations for cybercurrencies come as the decentralized platforms garner increased attention from average folks and businesses. The Chicago Board Options Exchange, which operates the largest options exchange, has teamed up with Tyler and Cameron Winklevoss twins to create bitcoin derivatives.

Moreover, beyond the concept of a digitally based currency, the blockchain has drawn attention as a utility from Wall Street investors. The blockchain is the digital ledger that tracks each bitcoin transaction and underpins the currency, and is considered by companies as a promising way to quickly document things like trading and other transactions.

Chris Burniske, a blockchain analyst at ARK Invest, in a tweet on Monday, said increased activity on blockchain networks has been part of the reason for recent gains in Ether and bitcoin and other digital units.