News coming from Asia this morning indicates that Stocks were mixed, with Japanese shares declining as investors watching the country’s political drama.

Here is some updated key data for the  Forex market including the G10 currency pairs, as on the latest trading day. 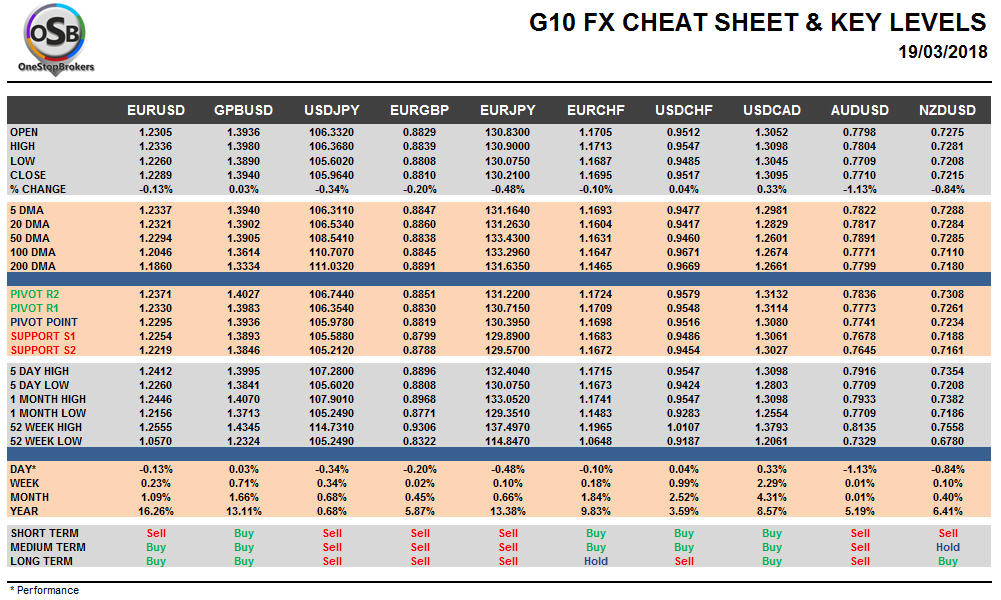 Some key calendar events coming up this week are:

Elsewhere, the Bitcoin, the most known cryptocurrency, recovered to trade back above $8,000 after felling as much as 13 percent. Oil prices fell to around $62 a barrel.