Worried about non-EU investor, Germany may see a new law on foreign takeovers 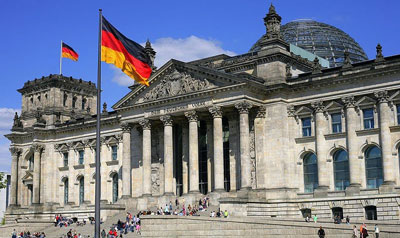 The German government is mulling over a proposal to change the country’s Foreign Trade and Payments Ordinance. The proposal has been sent to various ministries, and according to the Welt newspaper, a law granting the government more control could come into effect this year.

The German government has said it wants to be able to intervene earlier if a non-EU investor acquires 15 percent of a German company. Berlin has been wary of Chinese and US investors moving to take over key tech firms, and wants to lower the threshold for intervening in future investment and takeover bids by foreign firms. The change in law would enable the government more easily to review and veto takeover bids of German companies that are deemed important for national security. The economy ministry would be able to intervene if an investor outside of the European Union acquires a “direct or indirect” shareholding of at least 15 percent in a German company, according to a draft law that was seen by Welt. At present, Berlin can only intervene if an investor acquires a shareholding of 25 percent. The changes would particularly apply to companies involved in defense, infrastructure, or security-related technology. ‘Our responsibility to protect security interests,’ the German economy minister Peter Altmaier told the paper, explaining that moving the threshold was necessary in order to better protect businesses in sectors deemed ‘sensitive.’

Mr Altmaier said that although the government doesn’t want to block investment or promote protectionism, it wants to know more about who is involved in takeovers of German businesses and what the motives are behind the moves. He said, ‘of course we want companies to continue investing in Germany, but there’s also our responsibility to protect security interests, public order and public safety.’ The proposal would primarily target Chinese investors, with officials concerned that a recent rise in Chinese takeovers would eventually drain Germany’s industries and lead to a loss of know-how in key, high-tech fields. There is also criticism of the suspected role the Chinese government plays in the decisions behind Chinese takeovers of foreign companies. Last week Global Legal Post reported on the government willingness to use its veto power to stop the takeover of German toolmaker Leifeld by the Chinese firm Yantai Taihai, but the firm withdrew its offer before the government could veto the move. US firms also seen as threat.