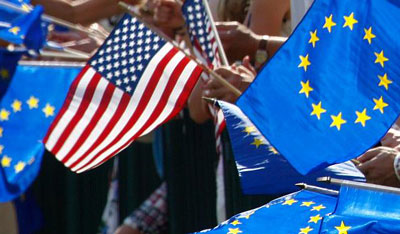 So a single political party gains control of a lockdown-battered country desperate for any and all forms of government spending. Direct payments, loan forgiveness, infrastructure, all of these and more are not just possible, but popular. The president and his Congressional allies simply write the bills, pass them, and bask in the near-universal admiration of their generosity. In fact, the only real criticism comes from their own party’s left wing, which demands even higher spending, bigger deficits, and faster money printing. It’s like being a kid in a candy store.

But then – only a couple of months in — headlines like these began to appear:

Suddenly, the flat-on-its-back, credit-starved country looks like an overinflated bubble in need of restraint. As Politico explains the resulting dilemma:

“Biden’s spending plans collide with a resurgent U.S. economy
President Joe Biden is pitching his $2 trillion infrastructure proposal as the “largest American jobs investment since World War Two,” a plan that will put millions of people back to work as the country emerges from the coronavirus crisis.

The economy, meanwhile, is showing signs of recovering on its own.

More than 916,000 Americans returned to work in March, the Labor Department reported on Friday, far surpassing consensus expectations and marking the biggest jump in employment since the summer as Americans get vaccinated and more states and cities allow businesses to reopen. The overall unemployment rate ticked down to 6 percent.

It’s the latest in a series of reports this week showing a resurgent economy, with consumer confidence jumping to levels not seen since the start of the pandemic and manufacturing activity surging to its highest peak in nearly four decades. The S&P 500 also closed the week at a record high. Together, the numbers signal the U.S. is well on its way toward a revival, one that’s widely expected to reach record levels of growth later this year.

And that in turn has blunted one of the central pillars of the Biden administration’s argument as to why the sprawling infrastructure plan is so sorely needed, even after $1.9 trillion in relief money passed just last month — that “it’s about jobs,” as White House press secretary Jen Psaki put it this week, and “the first part of his plan toward recovery.”

What happens now? Obviously, the US government will continue its spending spree because, damn it, that’s why it’s there. And also because … injustice! Millions of destitute former students need their loans forgiven. State and city pension plans have to be saved from their own mismanagement. Russia, China, and Iran have to be humbled. The infrastructure plan, meanwhile, has already been announced, so it has to be funded.

And yet… Americans are already combining their stimmy checks with the money they’re saving by not paying rent, and they’re buying stuff. Companies are hiring people to make said stuff. Inflation is rising as surging demand causes shortages. And interest rates are spiking in response. 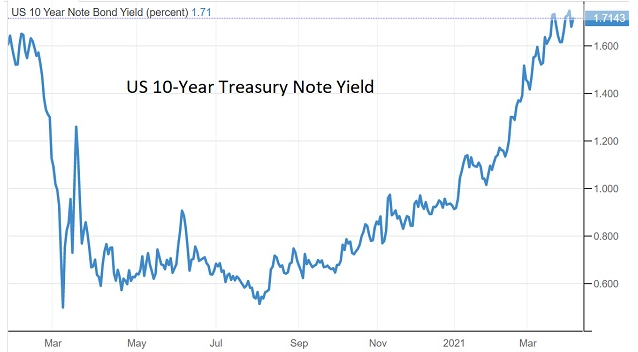 Let these trends continue and the candy store will close, forcing today’s expansive, inclusive, simulative government to become the one thing it never expected to be, a Scrooge bent on restraining overexuberant growth. As the old saying goes, “If you want to make God laugh, tell Him your plans.”

Fun story so far, right? But it’s actually a lot more ominous than it sounds, because the current wildly-overleveraged system can’t tolerate rising interest rates. But suppressing rates with trillions of newly-created dollars will turbo-charge the inflation that is pushing interest rates up. Which makes this a problem that can’t be fixed and, at least potentially, the end of a 70-year era in which more debt and easier money could always be counted on to save the day.