Jay Taylor: “Stick With Your Gold As Long As You Are Able”

Gold’s slight correction of 3.99% this week doesn’t say much. But the $170/oz. decline in about 24 hours certainly did get my attention. And I have to wonder if the 22-basis point rise in the 30-year U.S. Treasury may not have played a role. While 22 basis points seems like kid stuff, it is an 18% rise in the rate of interest just this past week when in fact rates cannot be allowed to rise at all for very long if policymakers hope to keep the next financial implosion from taking place.

That’s why the Fed MUST print more and more money faster and faster, which is also why I remain bullish on gold and silver. My confidence in a massive upward trajectory for both gold and silver remains as solid as a rock.

Danielle DiMartino Booth noted this week that food prices are beginning to rise at a dramatic 13.3% in China, and 5.6% in the U.S. Food lines in the U.S. are starting to look more and more like those of the 1930s, and more than half of Americans are saying they are unable to pay next month’s rent or are not sure they will be able to do so. The need for the government to shovel cash to millions of Americans is very real, and that can only be paid for by the printing press.

But it’s not just average Americans who are in desperate straits; the Fed will soon have to print money to keep the world from plunging over into the abyss. Alasdair Macleod has been noting on my radio show that major banks called “globally systemically important banks (“G-SIBs”) are without question about to start to unravel. In Alasdair’s August 13 missive titled “An unexpected systemic crisis is for sure,” he introduces the article with the following overview:

“Downturns in bank credit expansion always lead to systemic problems. We are on the edge of such a downturn, which thanks to everyone’s focus on the coronavirus, is unexpected.

We can now identify 23 March as the date when markets stopped worrying about deflation and realized that monetary inflation is the certain outlook. That day, the Fed promised unlimited monetary stimulus for both consumers and businesses, and the dollar began to fall. The commercial banks everywhere are massively leveraged and their exposure to bad debts and a cyclical banking crisis is now certain to wipe many of them out.

In this article we look at the global systemically important banks — the G-SIBs — as proxy for all commercial banks and identify the ones most at risk on a market-based analysis. 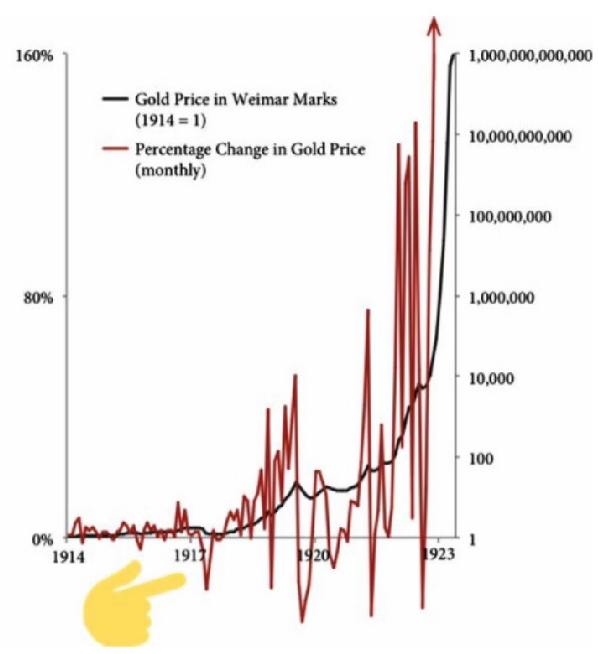 The point is, you must stick with your gold investments as long as you are able, because in the end gold will hold its value while financial assets not backed by tangibles will be vaporized.

Perhaps Warren Buffett is now starting to realize the jig is up for the dollar and American investments because Berkshire Hathaway’s latest 13F filing shows that he sold Goldman Sachs and bought Barrick Gold. That’s amazing, because no one of such a senior ilk hated gold more than Warren Buffett did. Or perhaps it’s just that he could no longer ignore the fact that gold bullion has outperformed his investments since the new century began.