How much money does your government allocate for R&D? 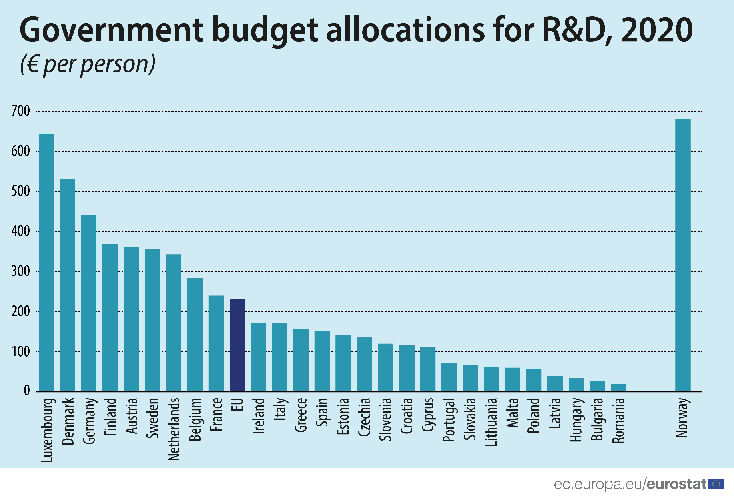