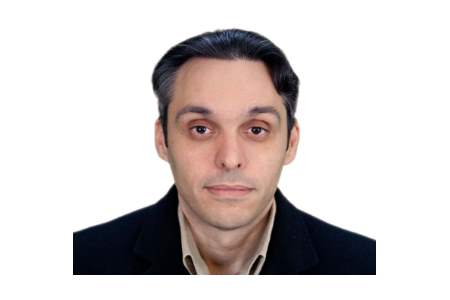 Ordinary people have suffered huge disruption to their lives through a loss of jobs & opportunity because of the colossal mistakes of self-declared ‘Masters of the Universe’ chasing ever-bigger financial rewards within the banking industry.

To add insult to injury, the super-sized remuneration we are told must be paid to attract ‘top-talent’ appears to make no difference to performance prospects when conditions turn for the worse. At that point, the message seems to be: “We’re all in this together”.

The phenomenon of nationalizing unsustainable losses – after privatizing all the profits – reached its apogee during the recent financial crisis. For example, it has been reported UK government liabilities peaked at £1.2 trillion – although the actual bank bail-out was reportedly closer to £124 billion. It’s a sign of the times this latter figure provides a sense of relief.

Here in Cyprus, government borrowing from the Trioka needed to increase by an extra E1.5 billion, approximately 9% of Cyprus’ GDP, to recapitalize the Cooperative Banks. Once again, ordinary taxpayers are expected to pay for the costly mistakes of a few.

Banks worldwide receive this type of special treatment, with its built-in ‘moral hazard’, because of the systemically important role they play for the efficient functioning of the modern economy.

But extra rights should always be balanced by extra responsibilities.

It is this principle that provides the moral imperative for a root and branch reform of corporate governance that pertains to banks (not to mention other systemically important institutions, whether public or private).

First, good governance must be holistic i.e. every stakeholder has a role to play to ensure it prevails.
The Report of the Parliamentary Commission on Banking Standards in the UK – Chaired by Mr. Andrew Tyrie – said it well in reference to the UK’s banking crisis: “The behaviour of bankers was appalling, but regulators, credit rating agencies, auditors, governments, many market observers and many individual bank customers in their approach to borrowing created pressures in the same, and wrong, direction.”
Holistic governance requires each stakeholder to be properly empowered and adequately engaged.

It is the responsibility of law & policy makers, not to mention regulators, to create the right environment for this to happen.

Second, given the implications a banking crisis has on a wide range of stakeholders, the philosophy of maximizing shareholder wealth should be replaced with something more inclusive.

According to the Parliamentary Commission “…directors of banks [should] attach the utmost importance to the safety and soundness of the firm and for the duties they owe to customers, taxpayers and others in interpreting their duties as directors”. The Report further suggests “…to remove shareholder primacy in respect of banks, requiring directors of banks to ensure the financial safety and soundness of the company ahead of the interests of its members.”

Third, ethics must be at the center of any new system of governance. For an industry that is so dependent on the trust and confidence of its customers, it is truly shocking how low banking standards have fallen.

The UK’s recent Banking Standards Review, chaired by Sir Richard Lambert, summarizes the situation well: “…cultural norms in the banking industry shifted in the decades leading up to the crash. Dubious trading practices became ‘business standard’. The letter of the law came to matter as much as the spirit.”

A good example of this in Cyprus is the number of unsuspecting purchasers of untitled property built on land accepted by banks as collateral for developer’s loans. Many of these loans are now non-performing – with the innocent buyer at risk of losing his home or investment.

Fourth, any new system of governance must transcend the tired dichotomy of the UK’s principles-based “comply or explain” and the US’s rules-based “comply or else” approaches. Both have proven inadequate.
An alternative could be the development of a set of mandatory ethical standards. These should be reinforced by supporting guidelines and best practice recommendations, and based on an “apply and explain, or else” approach.

Fifth, director’s legal duties should make explicit reference to their responsibility for ensuring ethical conduct in accordance with the abovementioned standards. Any subsequent failure with regards to this duty should lead to personal liabilities on directors, either collectively or severally.

In summary: new laws or regulations will not avoid a similar crisis in future if empty of sound ethics and values. Experience tells the letter of the law will simply be used to provide adequate cover to engage in unethical practices. But, as seen in both the UK and Cyprus, a system based on voluntary principles lacks the necessary rigour and assurance.

It is important to acknowledge the global banking crisis was not caused by a failure of imagination or resources – but by wrong motivations. After decades of focusing on the form that governance takes, it is now time to look deeply into its substance. An approach that instills ethics into the way banking is conducted is needed to recalibrate the industry for the better.

The New Governance for a New Cyprus initiative is reaching its final stages of public consultation, and now looking forward to forming a consultative group for the development of a Universal Governance Charter applicable to all systemically important public interest entities, whether public or private. Anybody interested in joining the conversation is invited to contact petros_florides@wvi.org.

The above article is taken from a speech given by Petros Florides at the recent 2014 Multinational Finance Society Symposium held in Cyprus. The views expressed represent those of the author and not any other individual or organization.

Petros Florides is Regional Governance Advisor for World Vision International, and Executive Officer of World Vision Cyprus. Petros is also on the board of the Institute of Directors (Cyprus), co-founder of the Cyprus National Advisory Council for the Chartered Institute for Securities & Investments, co-founder of the Institute of Risk Management Cyprus Regional Group, and a Chartered Management Accountant.