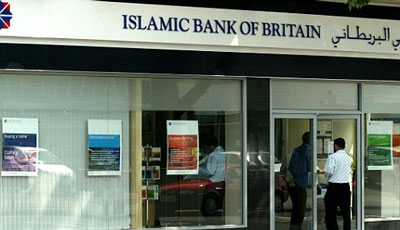 Islamic Bank of Britain plc (IBB) today announced that, subject to formal shareholder approval, it plans to change its name to Al Rayan Bank PLC. The change will be completed in December 2014. The rebrand follows IBB’s acquisition, earlier in the year, by Masraf Al Rayan (QSC, MAR), the fifth largest Islamic bank in the world and the second largest bank in Qatar.

As Al Rayan Bank, it will be part of an ambitious, global, banking organisation, and is seeking to build upon its own, as well as its new parent’s, foundations. With a GBP 100million capital investment from its new parent company, the Bank has begun to attempt to strengthen its product offering and widen its appeal to a broader range of customers.

Commenting on the rebrand, Sultan Choudhury, CEO of IBB said, “IBB has pioneered British retail Islamic banking over the last 10 years, achieving global recognition for its outstanding successes. The change to Al Rayan Bank represents the latest chapter in the Bank’s history, in which it will expand its retail and commercial product offering to a wider audience, with the backing of a strong and successful parent. Importantly, the Bank will preserve the spirit of IBB, remaining a British Islamic bank dedicated to strong, faith-based ethics and great customer service.”

Rebranding activity will involve the introduction of a new Al Rayan Bank logo and brand identity which will be implemented across the Bank’s branches, website, literature and other materials. The Bank’s activities will continue to be monitored by an independent Shari’ah Supervisory Committee and a dedicated Shari’ah Compliance Officer. It will continue to operate as a UK regulated bank, and customers’ deposits will remain protected by the Financial Services Compensation Scheme.