Company not registered with the CFTC as a Retail Foreign Exchange Dealer ordered to pay over $2.5 Million in Monetary Sanctions 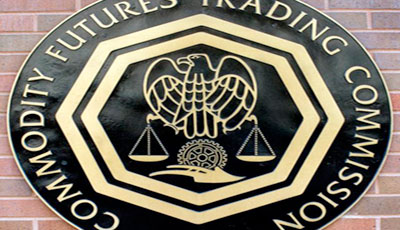 The Court’s Order stems from a CFTC Complaint filed on September 25, 2013 and an amended Complaint filed on July 16, 2014, charging that from approximately February 28, 2011 through September 25, 2013, Steele individually and acting as an agent of Champion Management solicited at least $1.97 million from at least 24 pool participants to participate in three foreign currency (forex) pools (see CFTC Press Release and Complaint 6712-13, September 26, 2013, and CFTC Press Release and Amended Complaint 6962-14, July 18, 2014).

Specifically, the Court’s Order finds that Steele knowingly made material misrepresentations to actual and prospective pool participants concerning Defendants’ forex trading and trading results, such as: “I’ve been doing this long enough to know what I can consistently deliver above expenses, in all market conditions…the return is fixed and is currently 5% per month on your invested amount compounded… .”

The Court’s Order also finds, among other things, that Steele concealed trading losses, misappropriated approximately $1 million of pool participants’ funds, issued false account statements to pool participants, and failed to disclose that the counterparty to the retail forex transactions that were offered or entered into with the respective pools was not registered with the CFTC as a Retail Foreign Exchange Dealer, all in violation of Sections 4o and 4b of the CEA.

The CFTC cautions victims that restitution orders may not result in the recovery of money lost because the wrongdoers may not have sufficient funds or assets. The CFTC will continue to fight vigorously for the protection of customers and to ensure the wrongdoers are held accountable.

The CFTC appreciates the assistance of the Missouri Secretary of State, Securities Division, the U.S. Postal Inspection Service, and the Swiss Financial Market Supervisory Authority.

Source: CFTC – Company not registered with the CFTC as a Retail Foreign Exchange Dealer ordered to pay over $2.5 Million in Monetary Sanctions