Is The Whole World Slowing Down? 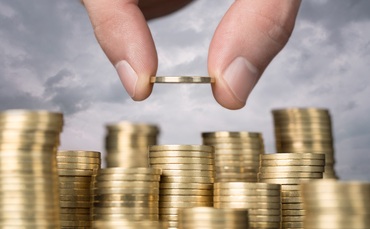 The stats just keep getting stranger and, if you’re a policymaker or an investor, scarier. According to a (now widely publicized) McKinsey & Co study, instead of deleveraging after the debt-induced crisis of 2008-2009, the world borrowed another $57 trillion.

And virtually everyone has been expanding their money supply aggressively. The next couple of charts show what the US and China, for instance, have been up to since 2010:

Conventional economic theory says that double-digit growth in debt and money creation should produce a boom, and that today our biggest problem should be too many people getting big raises at work. Yet that’s not the case at all:

(Daily Mail) — Doubts about a rebound in Japan’s economy are rippling through boardrooms across the country, a key central bank survey suggested Wednesday, as efforts to revive growth falter. The Bank of Japan’s closely watched Tankan report showed confidence among big manufacturers stood at plus 12 in March, flat from the previous survey and missing expectations that the level would come in at 14.

The survey of more than 10,000 companies — which shows the difference between the percentage of firms that are optimistic and those that see conditions as unfavourable — is the most comprehensive indicator of how Japan Inc. is faring.

“A weak yen and lower oil prices has provided some support (to the economy) but the Tankan showed that firms, particularly manufacturers, are now acutely aware that overseas demand is softening,” SMBC Nikko Securities said in a report.

The tepid survey comes days after separate data showed output from Japanese factories shrank by a worse-than-expected 3.4 percent in February, while inflation stalled as a key measure of prices was flat for the first time in nearly two years. “Japanese companies aren’t convinced the economy is going to get stronger,” said Atsushi Takeda, an economist at Itochu Corp. “Without an improvement in business confidence, it’s hard to imagine Japan will achieve a full-fledged recovery.”

(Business Insider) — A high-level Chinese official on Sunday made the government’s first admission that the country’s economic slowdown was not going as planned. China’s top banker, Zhou Xiaochuan, told a meeting of regional leaders that his country’s growth rate had tumbled “a bit too much.”

“China’s inflation is also declining, so we need to be vigilant to see if the disinflation trend will continue, and if deflation will happen or not,” said Zhou, governor of the People’s Bank of China. His remarks were made at the Boao Forum for Asia, an annual conference on the island of Hainan in southern China.

For many, the way he described China’s health was no surprise. The country’s economy has not been growing this slowly since the 1990s. Debt-laden corporations are seeing sickly profit margins. Banks are carrying loads of debt, too, and the housing market is slowing. China’s official 2015 GDP growth target is 7%, but that seems shaky.

(Reuters) — U.S. employers added the fewest number of jobs in more than a year in March, the latest sign of weakness in the economy and one likely to further delay an anticipated interest rate increase by the Federal Reserve.

Nonfarm payrolls rose 126,000 last month, less than half February’s pace and the smallest gain since December 2013, the Labor Department said on Friday.

The weakness was concentrated in the goods-producing sector, which has been hurt by a strong dollar and lower crude oil prices. Leisure and hospitality also saw a sharp slowdown in jobs growth, suggesting harsh winter weather could have dragged on hiring.

While the jobless rate held at a more than 6-1/2-year low of 5.5 percent, the workforce shrank. The labor force participation rate returned to a more than 36-year low reached late last year.

“The report confirms the emerging narrative of slowing growth momentum seen in the other economic indicators. It will weaken the argument for a mid-year (rate) hike,” said Millan Mulraine, deputy chief economist at TD Securities in New York.

The tepid increase in payrolls ended 12 straight months of job gains above 200,000 – the longest streak since 1994. In addition, data for January and February were revised to show 69,000 fewer jobs created than previously reported, giving the report an even weaker tone.

After its robust stretch, the jobs figures now appear more in line with other signals from consumer spending to housing starts and manufacturing that have suggested the economy grew at a sub-1 percent annual rate in the first quarter. Economists had forecast that payrolls would rise 245,000 last month.

So is anybody out there doing okay? Well, yes, sort of. In relative terms at least, Europe is suddenly a bit of a success story:

(RT) — The Eurozone economy expanded as initially estimated in the fourth quarter on broad-based support from spending, investment and exports.

All components on the expenditure side of GDP expanded in the fourth quarter. While the growth in household spending moderated to 0.4 percent from 0.5 percent, government spending growth remained unchanged at 0.2 percent.

What lessons are we supposed to draw from this? One would be that if you borrow too much money it’s hard to generate growth by borrowing even more. Austrian economics, still the only branch of the discipline that pays attention to debt levels, holds that a boom has to be followed by a deleveraging in order to wipe the slate clean. You literally can’t have a boom without a bust.

Another lesson is that currency devaluation works, at least in the short run. Here’s the euro versus the dollar over the past year:

It’s down by nearly a third and by lesser but still considerable amounts versus the yen and yuan. And low and behold, the eurozone is doing better than its trading partners. This is what the currency war script says should happen, and leads to an obvious conclusion: If the other big economies are going to avoid dropping into a unique kind of recession — one in which interest rates start out at historically low levels — they’ll have to fight back with devaluations of their own. Either Japan has to cheapen the yen some more (it has already devalued versus the dollar in the past year) and China has to break its link to the dollar and let the yuan fall, or the US has to stop talking about raising rates, get serious about growth and do something to bring down all the non-euro currencies simultaneously. Otherwise, today’s bad numbers will turn into tomorrow’s catastrophic ones.

But of course while all this is going on debt will keep rising and leverage will become even more extreme. The deleveraging, when it comes, will be epic.