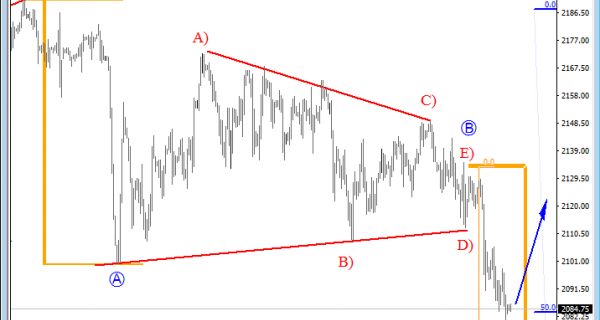 Stocks closed much lower four weeks back, so it appears that a new bearish reversal of a higher degree is here; but that doesn’t mean that we have a top in place. As always, it’s important to look back and check if all pieces of the puzzle are in place before we may come out with a new picture. Well, if we look at the rise from 1802 low more closely we can see that it’s actually a three wave move, so trend is not finished yet as it must be made by five sub-waves. That said, we are looking at an updated count, which shows an idea of an ending diagonal with sub-wave IV in progress. But even the new ongoing bullish count suggests that more weakness will be shown towards the 2070/2085 area before support can be seen for a new turn up into wave five of five. 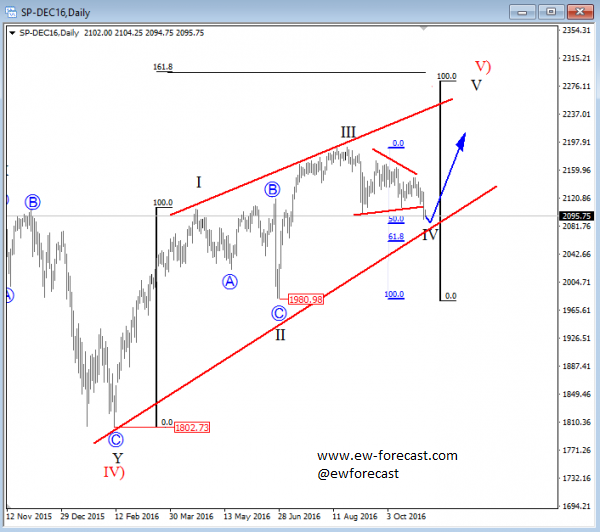 Regarding the 4h chart, we can see that E-mini S&P500500 finally broke out of a range, out of an Elliott Wave triangle which was placed in wave B and not in wave IV.

But despite a nice break down we still think that whole decline from August highs is a temporary movement, and that leg down from 2135 is wave C, final wave of a contra-trend move. As such, traders should be careful here, and be aware of a bullish turn as market approaches 2060-2080 area. Ideally an impulsive reaction will occur from there which will put trend back in bullish mode. 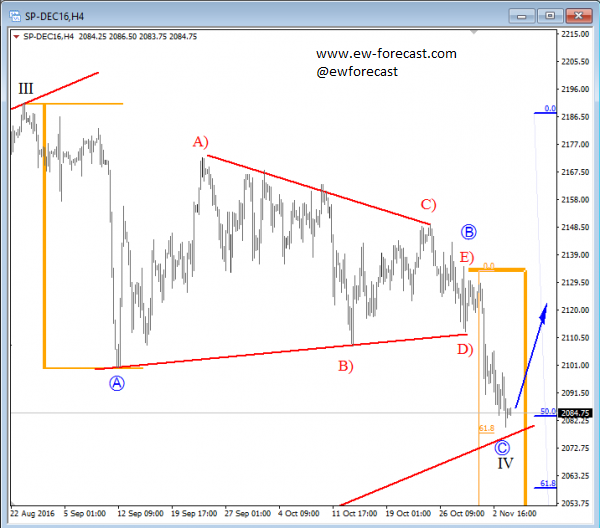 The ending diagonal is a special type of motive wave that occurs primarily in the wave 5 position when price has moved too far and too fast. Some ending diagonal triangles appear in the C wave of an ABC correction. In all cases, the ending diagonal terminates the move of larger patterns. They consist out of five waves, with each having three more sub-waves.

Triangles are overlapping five wave affairs that subdivide 3-3-3-3-3. They appear to reflect a balance of forces, causing a sideways movement that is usually associated with decreasing volume and volatility. 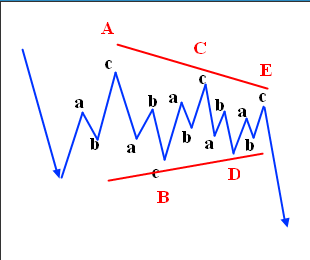