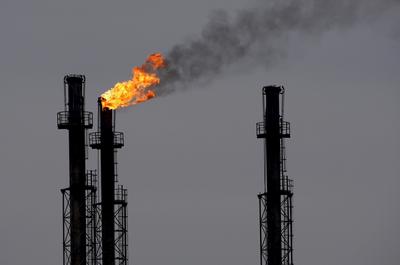 Trump, who has called man-made global warming a hoax, has pledged to pull of the 2015 Paris Agreement for cutting greenhouse gas emissions, mainly from fossil fuels. Instead, he says he will push ahead and develop cheap coal, shale and oil.

On Sunday, former French President Nicolas Sarkozy, who is seeking to regain power in a 2017 election, urged a tax of between one and three percent on imports from the United States if Trump pulls out.

“We cannot allow a situation where our companies have obligations (to limit greenhouse gas emissions) but we continue to import products from countries that respect none of those obligations,” he said in a television interview.

But Germany and the European Commission, at a meeting of almost 200 nations in Marrakesh, Morocco, on ways to implement the Paris Agreement, rejected his call.

“Germany has decided not to go down this path but opt for emissions trading,” German Environment Minister Barbara Hendricks told a news conference.

“We have always said we didn’t like carbon taxes – both before the US election and after. The European Commission is not thinking of any proposal on a carbon tax,” Climate Commissioner Miguel Arias Cañete told reporters.

The European Union penalises greenhouse gases via a market, which traded on Monday at 5.4 euros ($5.79) a tonne of carbon dioxide emitted, as part of efforts to limit emissions blamed for stoking heat waves, droughts, storms and rising sea.

Both Hendricks and Cañete said further reforms were needed to the Emissions Trading System because the current price was too low to drive a fast shift to greener energies from fossil fuels.

‘The US will not change the actions of others’

US Climate Envoy Jonathan Pershing said it was too early to speculate about European border taxes. “I think people are holding judgment about what the future will hold,” he said.

And Pershing said other countries would push ahead with the Paris Agreement, which seeks to phase out net greenhouse gas emissions between 2050 and 2100, irrespective of Washington’s policies under Trump.

“The change in the US will not change the actions of others,” he told a news conference, saying that nations such as China, the European Union, Mexico and Canada had all said they would push ahead.

A source on Trump’s transition team told Reuters that the president-elect was looking at options that could allow the United States to pull out within a year, short-circuiting a theoretical four-year wait laid down in the Paris Agreement.

Asked about Trump’s legal options, Pershing said: “I don’t really have any good insight for you.”

Source: EurActiv – Germany and the European Commission rejected calls to impose taxes on imports from USA