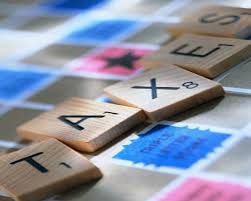 European Union finance ministers have agreed on new measures to close some tax loopholes that have enabled multinational companies operating in both EU and non-EU countries to avoid paying taxes… but not right away.

EU finance ministers meeting in Malta – itself widely understood to be a tax haven – agreed on Tuesday to close loopholes that multinational firms exploit to pay low or no taxes by shopping for better deals outside the 28-nation bloc.

Transfer mispricing happens when subsidiaries of the same corporation, located in different countries, pay each other licensing fees or transfer goods and services at fake, non-market prices. Those prices are set so as to allow the multinational corporation to reduce – or even eliminate – taxable income in a high-tax jurisdiction, by spiriting money into a low-tax jurisdiction.

The proposal agreed by the finance ministers on Tuesday “addresses hybrid mismatches with regard to non-EU countries, given that intra-EU disparities are already covered by the ‘anti-tax-avoidance directive’ adopted in July 2016,” according to a European Council press release.

The latest initiative comes amid growing public outrage about tax avoidance by multinational corporations. Tax-saving schemes used by Apple, Amazon, Google, Starbucks and other companies – all legal under current laws – have raised public pressure for EU-wide rules to close these loopholes.

“Today is yet another success story in our campaign for fairer taxation,” said Pierre Moscovici, the EU’s top economic affairs official. “Step by step, we are eliminating the channels used by certain companies to escape taxation.”

According to one estimate, corporate tax fraud currently deprives EU public funds of 50 to 70 billion euros ($52.7 billion to $73.8 billion) per year.

But if European citizens hope that their governments will reap major revenue benefits and have more money to spend on public works, they may be disappointed. The new rules are only due to take effect in 2020, once member states enact them into law. In certain cases, they will apply only from 2022.

That leaves plenty of time for corporate tax accountants to figure out new tax-avoidance strategies to replace any loopholes that are actually closed.

The finance ministers gathered in Malta also found a compromise on the criteria used to define a tax haven. Attempts to have a common EU list of “non-cooperative jurisdictions” had so far failed, because several low-tax EU countries preferred to maintain their own, often empty listing.

But public pressure to set up a common list of bad-actor tax havens – a ‘blacklist’ – gained traction after several revelations of massive tax avoidance in countries such as Panama or the Bahamas.

EU sanctions could be imposed on countries on the blacklist, which should be finalised by the end of this year. So far, letters have been sent to 92 countries, including the United States, to start a screening of practices that could be seen as facilitating tax avoidance.

On the insistence of finance ministers from several low-tax EU jurisdictions, the EU finance ministers agreed on Tuesday that countries that apply zero tax rates will not automatically be considered a tax haven. Instead, they will be subject to checks against other criteria, such as their level of cooperation with the EU on tax matters, or the existence of off-shore structures in their jurisdictions.

A tax rate of zero will merely serve as an ‘indicator’ that a closer look is warranted at a jurisdiction’s taxation rules.

A real crackdown? Or just window-dressing?

“It’s welcome that the EU now accepts that a zero percentage tax rate is potentially harmful,” said the anti-poverty charity Oxfam. But without a blanket ban on zero tax rates, “Oxfam is worried that the likes of Bermuda and Bahamas might slip through the net.”

Sven Giegold, a member of the European Parliament and the Green Party’s finance critic, said the failure to automatically include zero-tax jurisdictions on the EU’s tax haven list meant that “as a result, the really problematic jurisdictions will not, in the end, be included on the blacklist.”

“This blacklist is an act of whitewashing,” Giegold added. “If countries with a tax rate of zero do not appear on the blacklist, it is not worth the paper it’s written on. The criteria for the identification of tax havens are a bad joke: A country which allows profit shifting of companies and exempts these profits from taxation will not [automatically] be considered a tax haven.”