For the past few years, the US financial system and the Fed have been playing a game of chicken in which the Fed tries to tighten (or at least stop easing) and the stock market behaves like an addict deprived of its heroin.

In 2018, for instance, the Fed started raising interest rates and shrinking its balance sheet, though in both cases only a little. The S&P 500 did this: 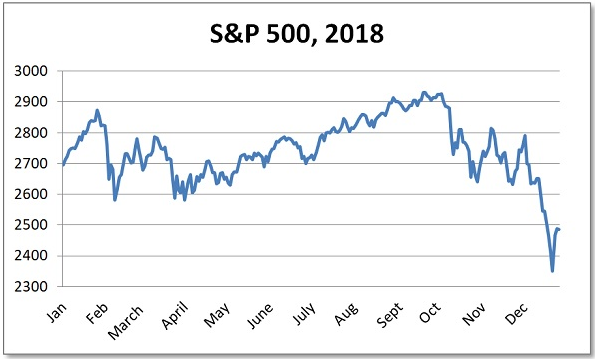 In response, the Fed relented and began cutting rates and, on the pretext of a “repo crisis,” aggressively expanding its balance sheet. Normality – in the form of rising tech stock prices – returned. 2019 was a very good year.

But in early 2020 the coronavirus outbreak didn’t immediately send the Fed into a rate-cutting, asset buying frenzy, and the S&P did this: 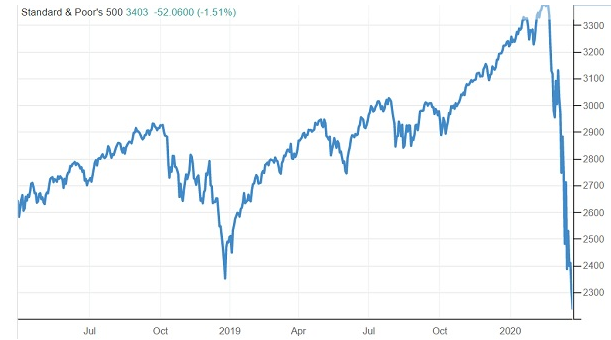 Once again the Fed capitulated, expanding its balance sheet by an amount that dwarfs any previous stimulus program. Stocks were pleased and went on a tear that has lifted Big Tech to dot-com bubble levels.

Now the Fed, apparently recognizing the rules of the game and trying to anticipate, has preemptively capitulated by announcing that it will refrain from raising interest rates for years to come in order to engineer much higher levels of inflation.

But – remember we’re dealing with an addict – the markets noted that the Fed did not promise to actually cut rates or expand its QE program. That sounds like a stable rather than an increased dosage. Which means it’s not good enough. In the past two days the Nasdaq (where those Big Tech stocks dominate) has done this: 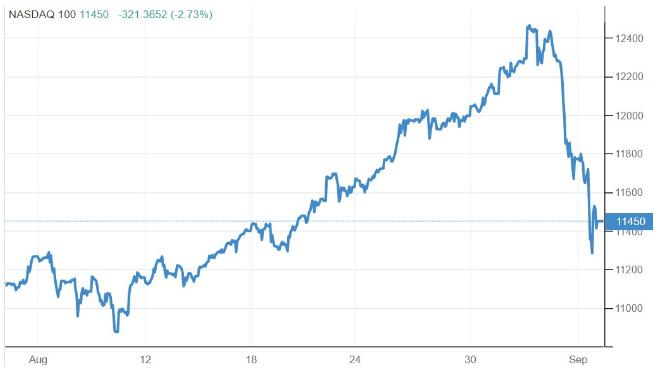 What does the latest flash-crash mean? Well, first it means that the markets might be in withdrawal until they get lower, preferably negative interest rates, and expanded QE that includes direct purchases of equities by the Fed.

Those are big asks, and the Fed might dither for a while. But in the face of stocks heading back to their intrinsic value of maybe one-third of today’s prices – in a year of pandemic, civil unrest and a presidential election – the Fed will almost certainly cave.

So once again it comes down to The Number. How far will stocks have to fall to keep the game going? History says not too far, but we can always hope for something more interesting.