Breakout Of A Triangle On USDMXN

In this analysis we will talk about a triangle pattern. Those who are familiar with them, will know that these are one of the most popular patterns by hundreds of traders. The reason why they are so interesting is because while they are unfolding, momentum is decreasing, volume is low, therefore everyone wants to catch the breakout, because we know that sooner or later every correction comes to an end. And very often moves out of a triangle are sharp and fast!

One of a triangles that we recently recognized was on USDMXN that we covered also back in August in this video https://youtu.be/OTK9dnmVg3I

What happened since then is a breakdown that can still continue towards the target. But if you dig deeper into the Elliott Wave triangles then you will know that new reversal may show up in a few weeks, as this breakdown can be final leg withing a higher degree of a trend as I describe below. 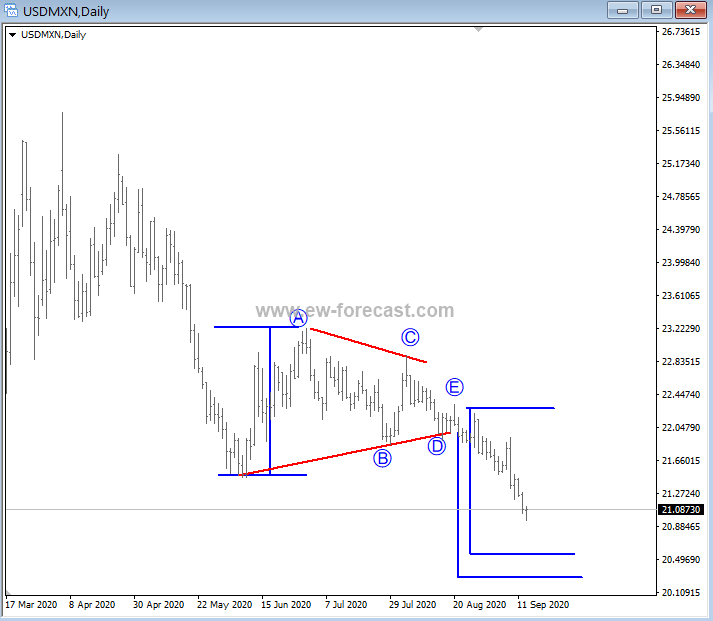 However, not all of the triangles are easy to be recognized, and that is where Elliott Wave shows its strength. Theory suggests that triangle unfolds in a five wave form, A-B-C-D-E, so if you know the wave principle and you see five sub-waves, then you can already be one step ahead of others because it indicates that potential breakout is coming. Another thing that is very important is that triangles occur within an ongoing uptrend, so you know in which direction the breakout is most-likely going to happen.

Also, its very good to know in which position of an Elliott Wave cycle triangle occurs. It can occur in wave 4 of an impulsive structure, wave B , and in wave X. By understanding the Elliott Wave then you know that once a triangle is complete the market is very often going to make a final move within a higher degree of a trend. So, not only that you spot the direction of a breakout but also understand that after that breakout, the market can be in final part of a higher degree structure.

Triangle with Fibonacci application and guidelines. 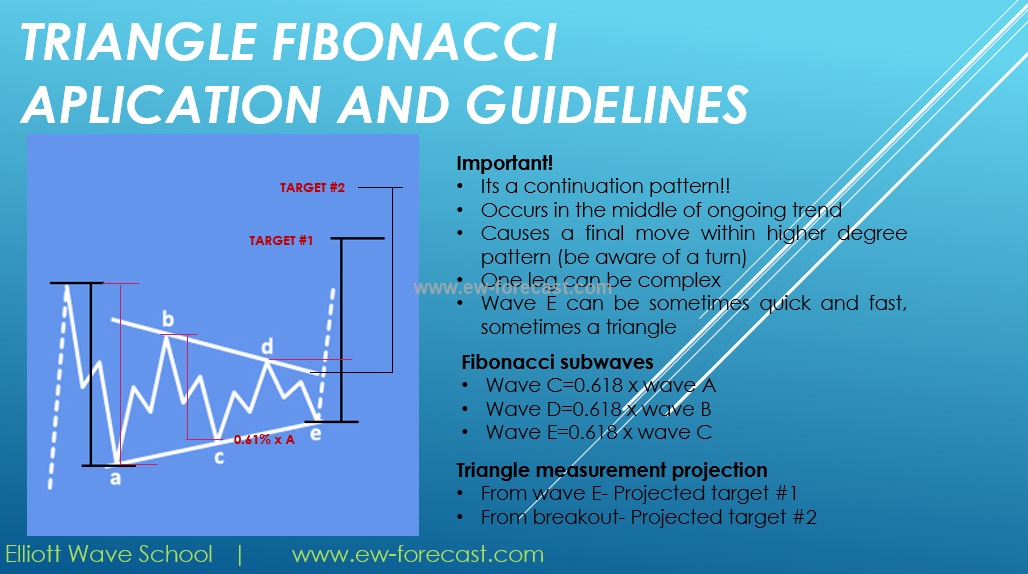 Disclosure: Please be informed that information we provide is NOT trading recommendation or investment advice. All of our work is for educational purposes only.