Brexit: Financial market participants whose activity might be impacted 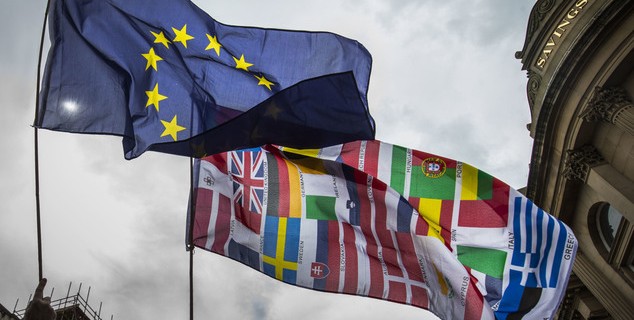 The European Securities and Markets Authority (ESMA) remind stakeholders to be aware and prepared for changes that will occur from 1 January 2021.

On 29 March 2017, the United Kingdom (UK) notified the European Council of its intention to withdraw from the European Union (EU), a process known as Brexit. The UK then formally left the EU on 31 January 2020, when the withdrawal agreement entered into force. The withdrawal agreement marked the start of a transition period due to last until 31 December 2020, whereby the UK is no longer an EU member state but continues to apply EU law.

The European Securities and Markets Authority (ESMA) continues to prepare for the end of the transition period, to ensure it continues to deliver its mission to enhance investor protection and promote stable and orderly financial markets in the context of the UK’s withdrawal. ESMA continues to conduct a systematic analysis of the potential impact of Brexit across European securities markets and for financial market participants.

ESMA has been working closely with EU National Competent Authorities (NCAs) and the UK Financial Conduct Authority (FCA) to ensure that market participants are aware of how they will be affected on 1 January 2021, and urges all market participants, investors as well as consumers to ensure they have taken all necessary actions in due time to remain operational and compliant with EU law on 1 January 2021.

On 1 January 2021, once the UK’s transition period ends, financial market participants whose activity might be impacted should have fully implemented their preparatory measures to mitigate any risks stemming from the end of the transition period. ESMA continues to support this preparatory work by ensuring that stakeholders are aware of the impact of Brexit on various obligations and provisions in EU law. For further information on the impact of Brexit on MiFID II/MiFIR and the Benchmarks Regulation see here.For further information on the impact of Brexit on reporting under EMIR and SFTR and on the operation of ESMA databases and IT systems see here.

On 25 November 2020, ESMA issued a final statement clarifying the application of the EU DTO following the end of the transition period. This statement clarifies that the DTO will continue applying without changes after the end of the transition period. ESMA considers that the continued application of the DTO would not create risks to the stability of the financial system.

On 28 September 2020, ESMA announced that it will grant temporary third-country recognition to three UK CCPs from 1 January 2021 under the European Market Infrastructure Regulation. The recognition of these three UK CCPs – ICE Clear Europe Limited, LCH Limited and LME Clear Limited – means that EU clearing members of these CCPs will be able to continue to access the services and that the CCPs will be able to continue to provide their services in the EU at the end of the transition period on 31 December 2020. For further information see here.

ESMA’s decision follows the time-limited equivalence decision for the U.K.’s legal and regulatory supervision regime of UK CCPs, which was published by the European Commission on 21 September 2020.

On 11 December 2020, ESMA announced that it will grant temporary third-country recognition to one UK CSD from 1 January 2021 under the Central Securities Depositories Regulation. The recognition of the UK CSD – Euroclear UK & Ireland Limited (EUI) – means that EUI will be able to continue to provide notary and central maintenance services for certain EU securities after the end of the transition period on 31 December 2020 until 30 June 2021. This will allow sufficient time for concerned EU issuers to transfer their securities to EU CSDs. For further information see here.

ESMA’s decision follows the time-limited equivalence decision for the UK’s legal and regulatory supervision regime of UK CSDs, for a period of six months, which was published by the European Commission on 21 November 2020.

In the EU, all derivatives subject to the reporting obligation under EMIR must be reported to a registered EU-established TR (supervised by ESMA) or a recognised third-country TR. Similarly, CRAs need to have a legal entity registered in the EU and supervised by ESMA, in order to allow for the use of their ratings for regulatory purposes in the EU. ESMA has separately issued a statement confirming that EU CRAs will be able to endorse credit ratings elaborated in the UK after the end of the transition period

ESMA is engaging on a continuous basis with these supervised entities to ensure that the agreed Brexit contingency plans are fully executed as planned. ESMA has also registered two CRAs and two TRs in the EU27.

Given the important interconnectedness between UK and EU financial markets, it is essential that EU securities regulators can continue to meet their mandates regarding investor protection, orderly markets, and financial stability at the end of the transition period. In that context, having Memoranda of Understanding (MoU) in place allowing the exchange of supervisory information is essential.

Given the prominent role of the UK in the EU single market, ESMA is working to ensure a consistent supervisory approach to safeguard investor protection, the orderly functioning of financial markets and financial stability in the context of the UK’s withdrawal from the EU. In 2017, ESMA published four opinions to address regulatory and supervisory arbitrage risks arising as a result of increased requests from financial market participants seeking to relocate from the UK to the EU27. For further information see here.

ESMA also established a Supervisory Convergence Network to address supervisory convergence risks with respect to the treatment of authorisation requests by UK firms to EU27 NCAs in the context of the UK’s withdrawal. Over the past three years, this network held discussions on 250 relocation cases, which contributed to ensuring high levels of consistency in authorisation standards across the EU.