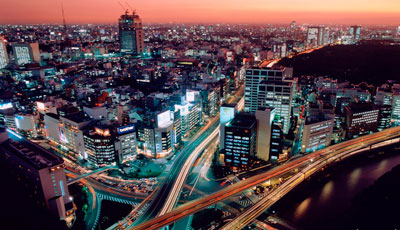 Japanese Prime Minister Shinzo Abe’s plan to reduce Japan’s corporate tax rate in the 2015 fiscal year has been agreed by the ruling Liberal Democratic Party’s (LDP) tax panel, providing the Government can find funding to cover the consequent fall in tax revenue and as long as it continues to pursue its fiscal deficit target.

The Government’s own tax panel recently indicated that Japan’s effective corporate tax rate of up to 36 percent should eventually be reduced to 25 percent, with an initial cut of two to three percent to be made from April 2015. It is hoped that a more internationally competitive corporate tax rate would immediately encourage investment by both domestic and foreign companies, and thereby boost growth in the economy.

The LDP panel’s agreement to the proposal will mean that the Government will now be able to include such a corporate tax cut in its fiscal framework for the 2015 fiscal year, which is due to be disclosed this month. However, final corporate tax reform details, probably allying the tax reduction with a broadening of the tax base by restructuring existing tax breaks, will still need to be worked out in the next few months so that they can be announced by the end of this year.

Following the LDP panel’s further deliberations, the Government is now also expected to re-confirm its intention that Japan should return to a primary fiscal balance (not including debt-servicing costs) in 2020.

Given that only some 30 percent of Japanese firms currently pay corporate tax, due to previous losses, the LDP panel is expected to also push for the adoption of its earlier recommendation. It said that tax revenues could be made more stable in downturns if Japan’s corporate tax code changed, at least in part, from a profit-based system to a size-based system. This would likely be based on the size of a company’s workforce and capital.