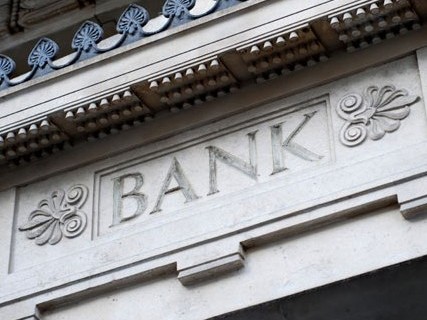 At the age of 72 months, the U.S. bull market may be long in the tooth. Stocks may be significantly over-priced based on the CAPE-10 P/E ratio, and Warren Buffett’s favorite measurement, the ratio of market capitalization to GDP. Plunging oil prices, threatening deflation, and weak global economies may be worrying economists.

But the U.S. market remains within two percent of its all-time high, and major European markets are surging back toward their previous highs.

In the U.S., we can obviously thank the Federal Reserve for its previous massive QE stimulus efforts, which were introduced each time a stock market decline threatened to worsen.

We can thank the Fed for knowing exactly what to say when the stock market pulled back even briefly, for instance, that they will keep interest rates near zero “for a considerable length of time even after removing QE”. When the market pulled back a few weeks ago on signs the Fed might begin raising rates sooner than expected, the Fed halted the pullback with the few words that it “will be patient” and in no rush to raise rates.

In Europe, the European Central Bank has had the same touch with timely phrases, also affecting global markets. ECB president Mario Draghi became famous for his promise that the ECB “will do whatever it takes” to prevent the 18-nation euro-zone from dropping into recession again, repeated every time European markets began to swoon last year.

Jeff Kleintop, Schwab’s Chief Global Investment Strategist, pointed out an interesting statistic this week. Kleintop noted that “for the entire five years from September 2009 to September 2014, more than 25% of the gains in Europe’s stock markets came on the days when the ECB met, probably because Mario Draghi knew just what the market wanted to hear.”

But Kleintop noted that beginning last fall, markets had become impatient with mere words and no action, with European stocks falling on two of the three ECB meeting days.

As with the U.S. Fed, when words no longer had an impact, the ECB was forced to take action, and did so with this week’s announcement of a massive QE stimulus plan to begin in March.

The U.S. market had been down for three straight weeks, but in anticipation of the ECB action, and then the response after the announcement, the market bounced back strongly, again approaching its previous peaks.

European markets began to surge up in anticipation of ECB action a week earlier, and have surged even higher after the announcement.

Meanwhile, economic reports add their support, including the upside revision to fourth quarter U.S. GDP, and the even stronger than expected employment report for December.

This week’s reports from the housing industry were also encouraging. New home starts were up 4.4% in December, and after declining in October and November, existing home sales rose 2.4% in December. Meanwhile, the Conference Board’s Leading Economic Index rose 0.5% in December, pointing to probable steady growth for the next few months.

So central bank actions (and words), along with positive economic reports keep the bull market alive, and support my expectations for a positive market through the rest of the market’s positive seasonal period (but with continuing brutal short-term volatility).

It also supports my expectation that the beaten down euro-zone is a buying opportunity.

(In the interest of full disclosure, while most of our holdings are in the U.S. market, my subscribers and I have a 20% position in an etf on the European market.).

That said, I believe we can expect the market to run into significant problems once the favorable season ends (if not before). In fact, I cannot disagree with the expectations of Swiss hedge fund manager Felix Zulauf, expressed in this week’s Barron’s, that as we move into the spring “2015 will become a trader’s dream but an investor’s hell.”

The problems include those conditions that were present last year that were successfully ignored by the market, but as always will turn around and bite unsuspecting investors at some point. They include the high market valuation levels, investor complacency, the age of the bull market, and the unusual length of time the market has gone without even a normal 10% to 15% correction.

They now include the strengthening U.S. economy and probable new record highs in the stock market. Those add considerably more pressure on the Fed to begin raising interest rates even if inflation is not threatening, or risk being accused of creating another dangerous asset bubble by again leaving easy money policies in place too long.

Also raising the alert level is threatening deflation, and the every country for itself currency war now underway.

So enjoy the continuing roar of the bull, but make sure you’re looking through the windshield at what may be coming, and not through the rearview mirror at what has been.